At last, farmers and foresters might have a seat at the carbon market table. Bipartisan legislation has been introduced in both the Senate and the House of the United States Congress to help farmers and foresters receive credits for reducing greenhouse gas emissions and increasing soil organic matter—carbon.

Note: The text of this post was published as an oped in the Virginia Mercury on 9/10/20.

USDA to Develop a Suite of Programs

The “Growing Climate Solutions Act” will empower the U.S. Department of Agriculture to develop a suite of programs for farmers and foresters that support greenhouse gas reductions and carbon sequestration. This bipartisan legislation was introduced on the House side of Congress by Abigail Spanberger (D-VA) and Don Bacon (R-NE). In the Senate, it was introduced by Mike Braun (R-IN) and Sheldon Whitehouse (D-RI).

As a longtime soil health professional, a farmer, and an environmentalist who cares about the future of our planet, I totally support the legislation and encourage others to study and support it as well.

If enacted and carried out, it will reduce greenhouse gases, improve soil health, reduce soil erosion, and give those who work the land credits and payments for good stewardship—creating a pathway to address climate change while ensuring more sustainable farms and forests. 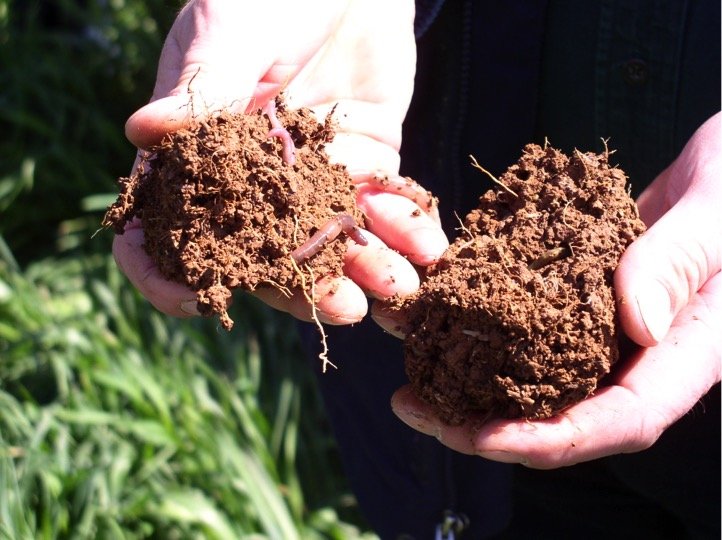 The earth’s soil is the second-largest carbon sink on the planet. An increase of just 1 percent in soil organic matter can sequester eight tons of carbon per acre. Photo credit R. Whitescarver.

Our Soil Is the Second Largest Carbon Sink on the Planet

Oceans are the largest carbon sink on Earth, followed by our soil and forests. Plants—trees, bushes, flowers, grasses, corn, soybeans, seaweed, algae—all of them literally take carbon out of the atmosphere and store it in their tissue (sequestration). Yep, good ol’ photosynthesis. Plant residues left on the land or incorporated into the land put that carbon into the soil—the second largest carbon sink on earth. Trees, of course, the third-largest carbon sink, store carbon as wood and roots.

Sustainably raised livestock also play a key role in advancing carbon sequestration. Grazing cattle and other ruminants are essentially mobile carbon sequestration enhancers and fertilizer factories. When the plants they eat come out the back end, they are placing digested grass back on the land, carbon and all. 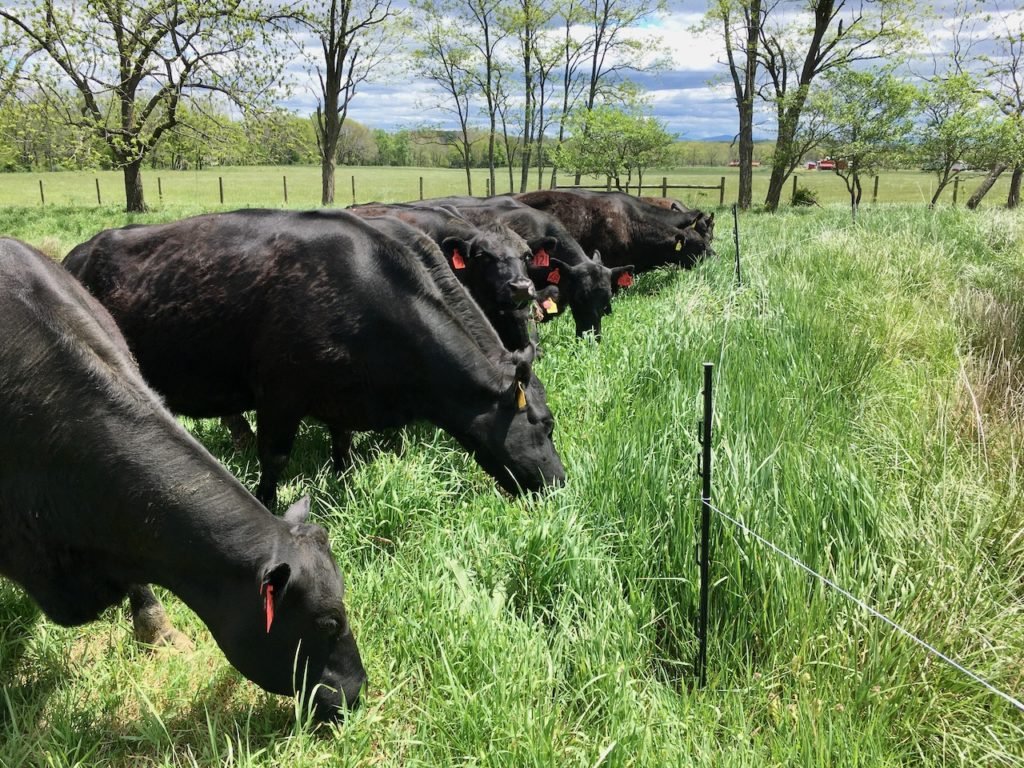 It has been shown that a 1 percent increase in soil organic matter can sequester about eight tons of carbon per acre. Using plants to take carbon out of the air and then leaving most of the plants on the land will increase soil organic matter. For example, a farmer that grows corn for grain can harvest the ear of corn and leave the cornstalk on the land. That dead cornstalk is loaded with carbon. Left on the land it will intercept the erosive energy of raindrops, helping reduce soil erosion. When the cornstalk decomposes, it adds organic matter to the soil. In soil conservation-speak, this is referred to as plant residue use. 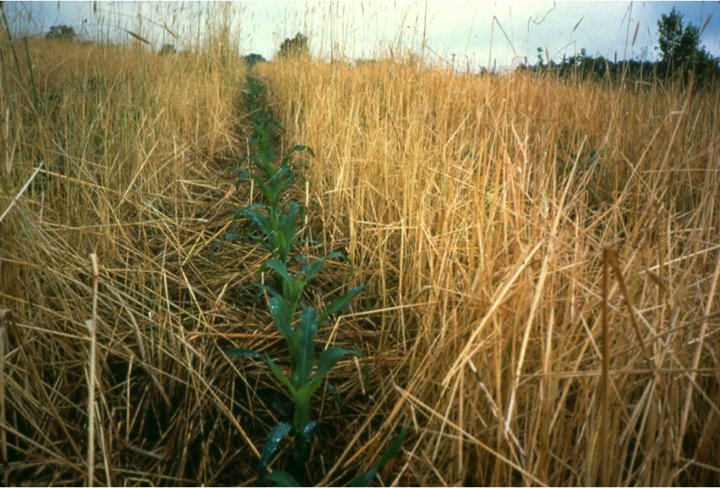 No-till corn planted into a dead rye cover crop. The plant residue from the rye is full of carbon. Photo credit R. Whitescarver.

Other plant residue use practices include leaving wheat straw and soybean stubble on the land after the grain is harvested and feeding hay to cows.

There is a lot of carbon in these bales of hay that will be fed to cows this winter. Their manure will provide enhanced carbon to the soil. Photo credit R. Whitescarver.

Farmland Soil Can Sequester 650 Million Tons of Carbon per Year

Overall, U.S. farmland soil is capable of sequestering 650 million metric tons of carbon dioxide each year, offsetting 11 percent of America’s greenhouse gas emissions, according to a report published by the Soil Science Society of America.

The soil and forests are the most practical and available carbon sinks. And it makes sense to motivate those with the most soil—farmers and foresters—to use plants to capture carbon from the air and store it.

I urge you and your grassroots organizations who are concerned about the future of agriculture and our planet to contact your representatives in Congress and encourage them to support this commonsense legislation.