Virginia is on a path to achieve 100% renewable energy use by 2050, and utility-scale solar (USS) projects are being proposed in many counties throughout the Commonwealth. Energy companies are seeking landowners who will let their property be used for solar panels that will produce clean, renewable energy. 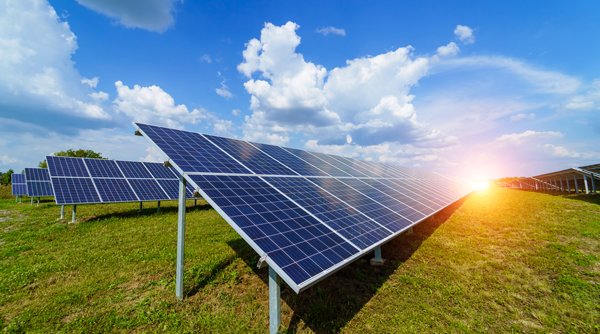 Solar photovoltaic panels require a lot of space—experts say between 5 and 10 acres per megawatt they produce. The best place for solar panels is on rooftops, industrial lands, brownfields, degraded land, and marginal farmland. Clearing forests for solar panels is not a good choice, nor is the use of prime farmland.

We can’t plop an expanse of solar panels just anywhere and expect it to be right. Solar panels require special conditions to function at their best, and every locality planning to welcome solar panels needs to develop a strategy for optimal placement. Guidance can be found from many sources like the American Planning Association, the Chesapeake Bay Foundation, and the Alliance for the Shenandoah Valley.

Should We Put Solar Panels on Farmland?

Utility-scale solar projects are being proposed in the county where I live in Virginia’s legendary Shenandoah Valley. Our county has denied one USS and is now in the process of reviewing the application for another one on 880 acres of farmland.

This time it seems right. The proposed solar farm is on marginal farmland—I’ll define this later. The developer has exceeded the requirements of the county, and the project meets all the recommendations for USS from the Alliance for the Shenandoah Valley—a nonprofit, private organization protecting the conservation values of our rural communities.

The project has made me dig deep into the question of whether we should allow solar panels on land that can produce food. If it’s marginal land that is eroding or causing harm to the environment, then the answer is probably yes—if it complies with the many other characteristics of a properly sited USS project. These include avoiding prime farmland, setbacks, buffers, screening, wildlife-friendly permanent cover, proximity to existing transmission lines, distance to residential areas, decommissioning, and benefits to the local economy and tax base. 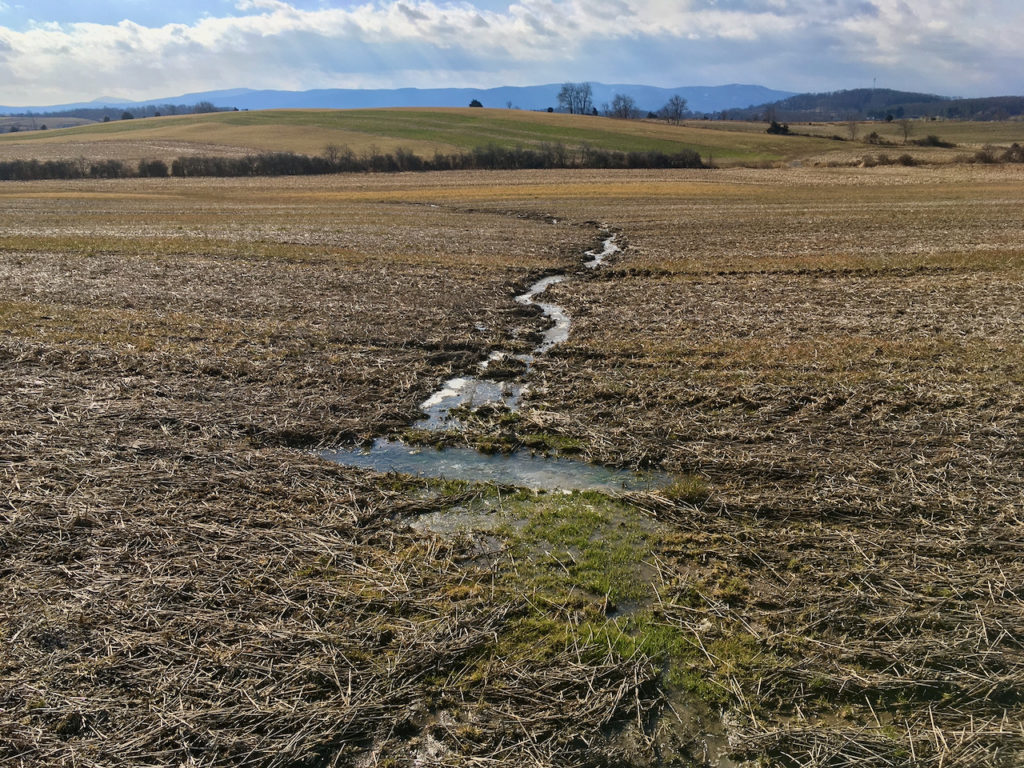 What is marginal farmland? Perhaps the best way to answer that question is to consult the Land Capability Classification system that the Soil Conservation Service developed in the early 1960s. Its eight categories are based on limitations for growing annual crops.

In our local case, over 70% of the land proposed for the USS is Class III or higher. That means most of the land has severe or very severe limitations for growing annual crops. Just what are these limitations? In this case, they have to do with the soil type and the steepness of the land. The land lies well and looks pretty, but the soil is highly erosive. Most of the soils on this land are born from shale. Their particles do not cling well to other soil particles, and when it rains, these soil particles easily detach and move downslope, potentially entering nearby streams and wetlands. 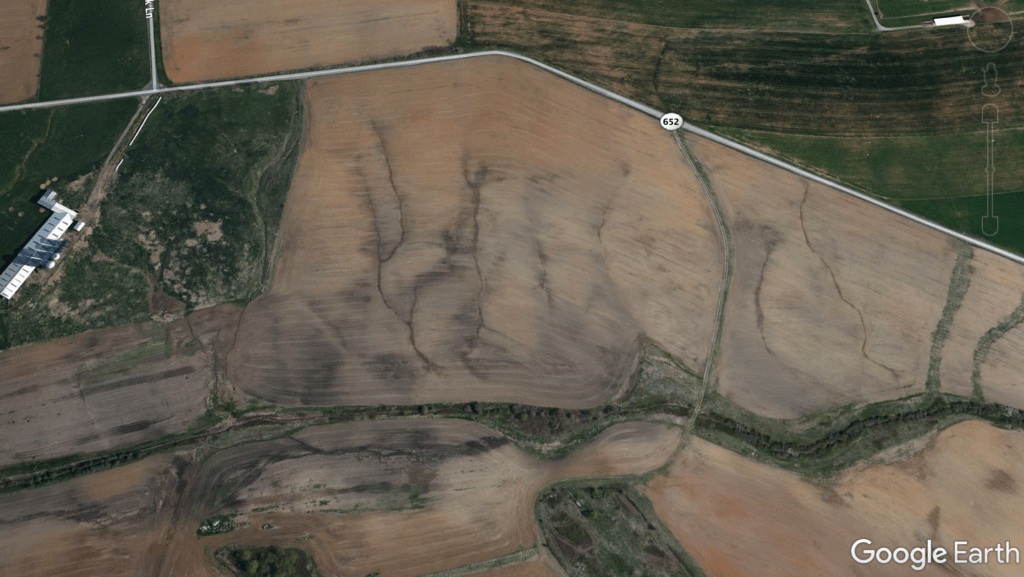 Areal view of gullies in one of the proposed USS fields along Guthrie Road in Stuarts Draft, VA. This photo was taken in 10/12

Lands that are Class III and above require many conservation practices to prevent soil erosion. Cover crops, contour farming, no-till, crop rotation with perennials, and grassed waterways are necessary to prevent erosion. Bare ground on this type of land in January will experience soil erosion and depressed soil health and will pollute nearby streams. The land might be better suited for a utility-scale solar project. 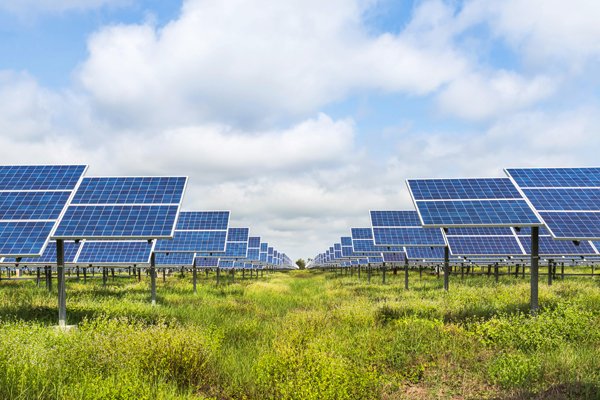 The developer will retire the land from annual crop production and plant wildlife-friendly perennial cover. Of the total 880 acres, 560 will be in perennial pollinator cover overtopped by photovoltaic panels. At least 300 acres will be devoted to setbacks, vegetated screens, buffers, and wildlife areas.

Is a Solar Farm Really a Farm?

If approved, will it be a solar farm? I think so. It will still be harvesting the sun to produce food and cover for wildlife. It will be harvesting the sun to produce 83 megawatts of electricity an hour—enough to supply 14,000 homes annually. And since it will be in wildlife-friendly, perennial cover it will be producing clean water and clean air. This project will be building soil health and not allowing the soil to wash away into nearby streams.

Virginia’s goal is to achieve 100% renewable energy use by 2050. We will need utility-scale solar projects to get there. Make sure your locality has a plan for the proper siting of such a project. One of the most important considerations is to avoid siting solar projects on prime farmland or land that’s best suited for growing food for a hungry planet.