Winter in Swoope.  I walk along the banks of Middle River on our farm in search of treasure. Dexter, our Border Collie usually walks along with me but he passed on and I sure miss him.  Cold air seeps through the opening in my collar; the brown, frozen grass crunches under my feet.  The water in the river is clear today – that’s because there are no cows in it upstream. 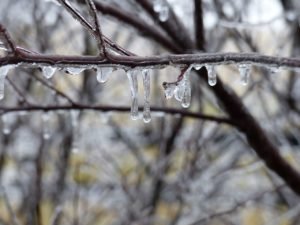 Ice forms on the Sand Cherries.

Dexter was one of my heroes.  If we could all be like him: fearless at work, tireless, always happy to see you, playful and a great companion.  I told people he was worth 1.5 men and 2.0 husbands. In retrospect I think he was worth far more than that.  We live and work on a beef cattle farm with 120 brood cows and their babies, he was our right arm.  I saw him swing from a bull’s tail one time when he was asked to bring them in. 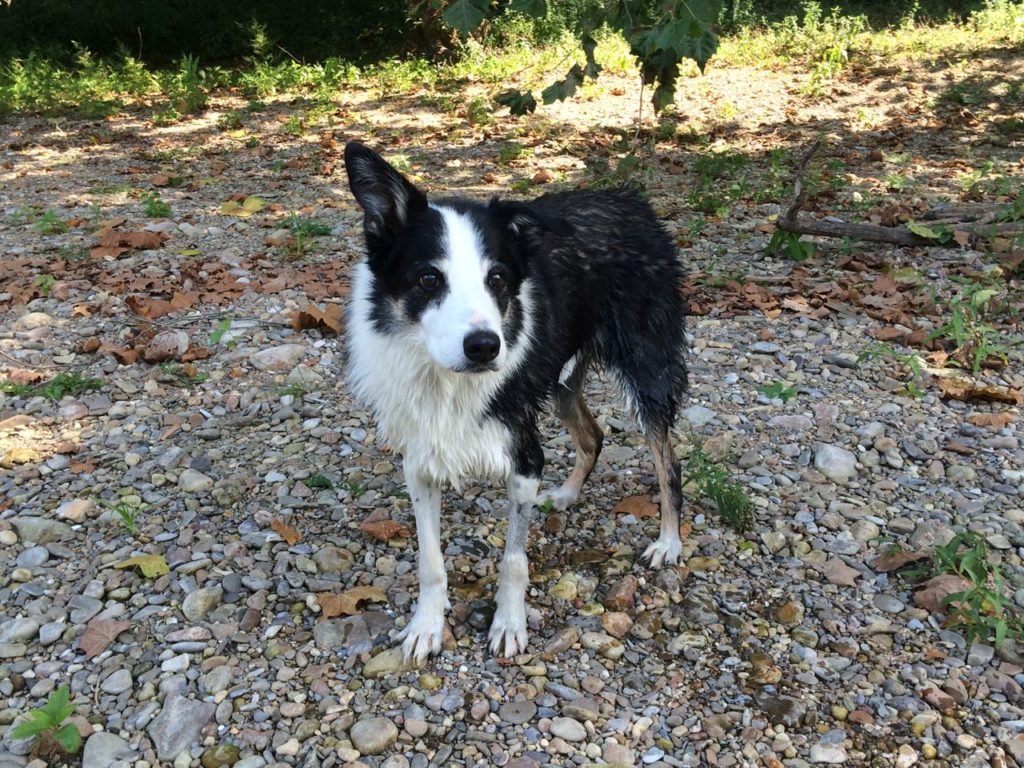 Dexter – the Mighty. Our dear companion. Wet and happy.

It was early morning, the grass was wet with dew and knee high.  Dexter was smiling.  I think he would rather work cattle than eat or play.  His eyes were on Jeanne, eagerly waiting for a command.

“On out“, she said as she pointed to the bull furthest away.

All we could see was a small wave of green grass moving because the grass was taller than Dexter.  The bull was at the other end of the field and it was amazing to see this little wave of grass moving toward the big black bull just standing there over a hundred yards away.  It took several minutes for Dexter to arrive a few feet behind the bull.  There he stopped and waited for another command.

“Walk up!” Jeanne shouted.  I don’t know how he heard her but he did and a few seconds later the little green wave burst toward the bull’s hind legs.  Our hero nipped the leg of a bull weighing at least a ton.  The bull immediately began trotting towards the gate.

It was a sight to see; Dexter working side to side to bring all six bulls through the gate and into the barnyard.  He was wet, tired and happy.

He passed on January 28th, his heart was bigger than ours will ever be.

I move on alone along the river bank.  There is always treasure to be found. 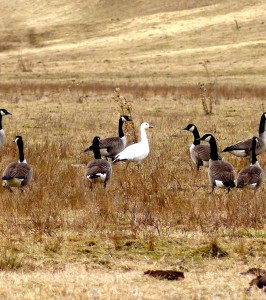 One Snow Goose visits with the Canada Geese in a pasture on a neighbor’s farm. 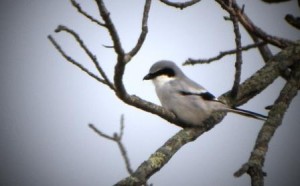 Possibly the last Loggerhead Shrike in Swoope. This photo was taken by Greg Moyers in 2012.

A Snow Goose forages along with the Canada Geese in a neighbor’s field.  That’s a rare sight around here.  Thorns on the Hawthorne trees wait for Shrikes to return.  The Loggerhead Shrike is the smallest bird of prey in North America.  It uses thorns to impale its prey.  Our native Hawthorne is excellent habitat for them.  We have not seen one in since 2012.  It’s a mystery as to why they are gone. No doubt its anthropogenic. 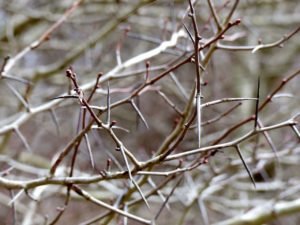 I’ve noticed the resurgence of Virginia Wild Rye along the banks of the river.  When the cows were in the river I never saw this native plant.  Now it has come to help anchor the soil and please the eye.  It’s one of the few native “cool season” grasses.

Time to go feed the cows.  I feel Dexter herding me towards the truck. 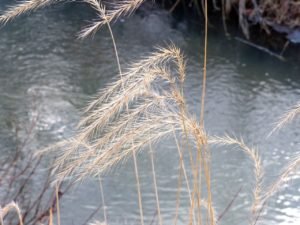 Virginia Wild Rye, a native perennial grass. It now thrives along the Middle River where we excluded livestock.