The Osage Orange tree is native west of the Mississippi and is named after the Osage Indian tribe. The fruits look like little green brains and are about the size of an orange. People use the fruits to repel insects in their homes, but there is no scientific evidence to prove that they in fact repel insects. Osage Orange fruits can be purchased online for several dollars apiece. 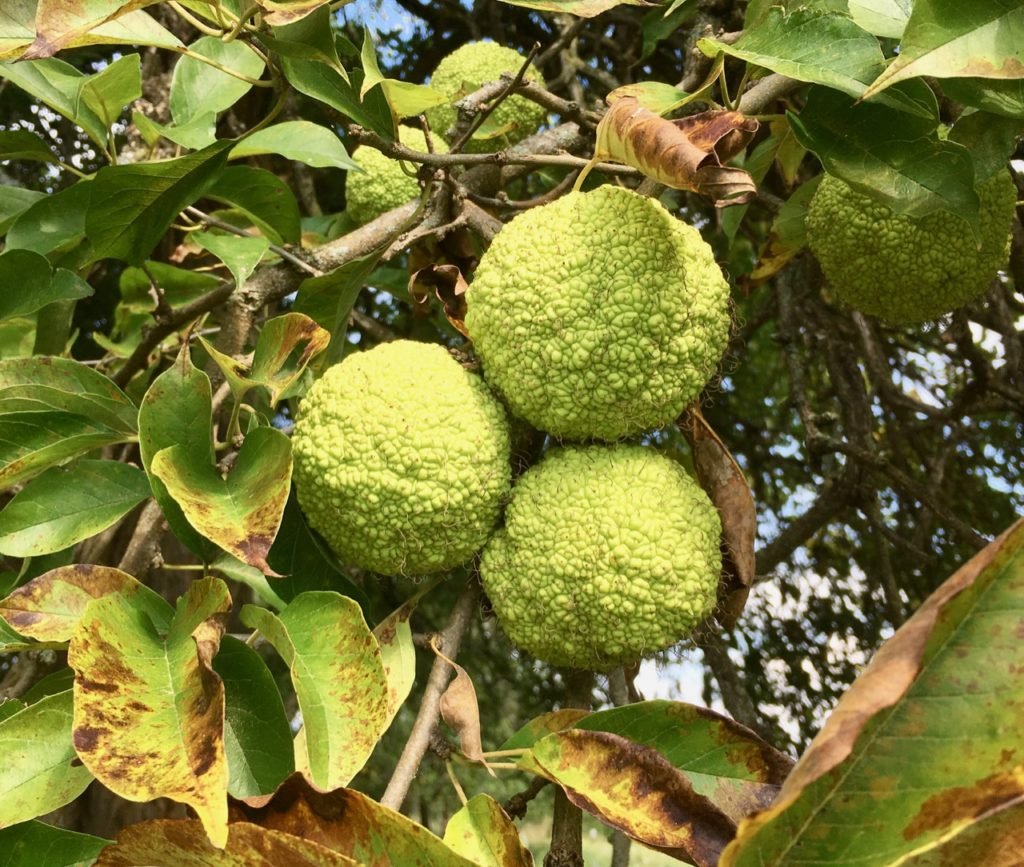 Fruit of the Osage Orange. Photo by R. Whitescarver. 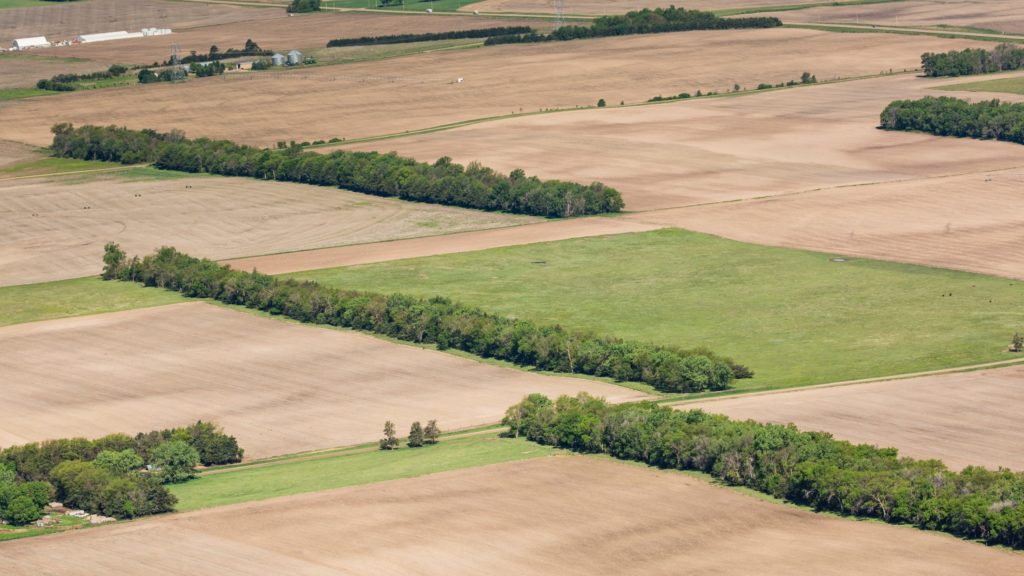 The CCC also planted Osage Orange trees along stream banks to prevent erosion. They planted them in Augusta County along the banks of Middle River. Today, however, farmers consider the Osage Orange tree undesirable because it has tire-flattening thorns and can be invasive.

Last week I dug a little hole in the ground and gently removed an Osage Orange seedling from its carton. I placed the seedling in the hole and firmed up the soil around its roots, and then I put a two-foot shelter on it to prevent rabbits from eating it. 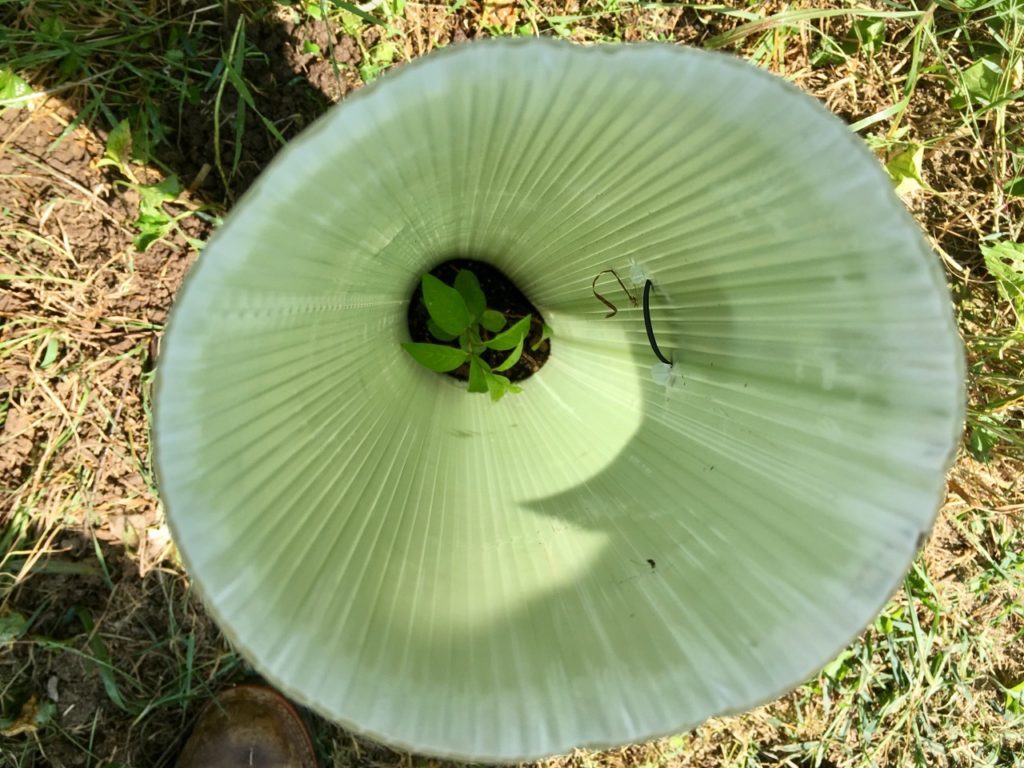 This seedling is very special. It was a sucker on a tree in Philadelphia that came from the Lewis and Clark Expedition in March 1804. I love touching history. Captain Meriwether Lewis obtained some Osage Orange cuttings from a gardener in Saint Louis. He sent the cuttings to his boss, President Thomas Jefferson, who then sent them to a friend in Philadelphia. The seedling I put in the ground came from a tree that grew from one of those cuttings.

In a letter to Jefferson, Lewis wrote, “Dear Sir, I send you herewith inclosed, some slips of the Osages Plums and Apples …. So much do the savages esteem the wood of this tree for the purpose of making their bows, that they travel many hundred miles in quest of it.” It was a long letter with much detail about the tree. 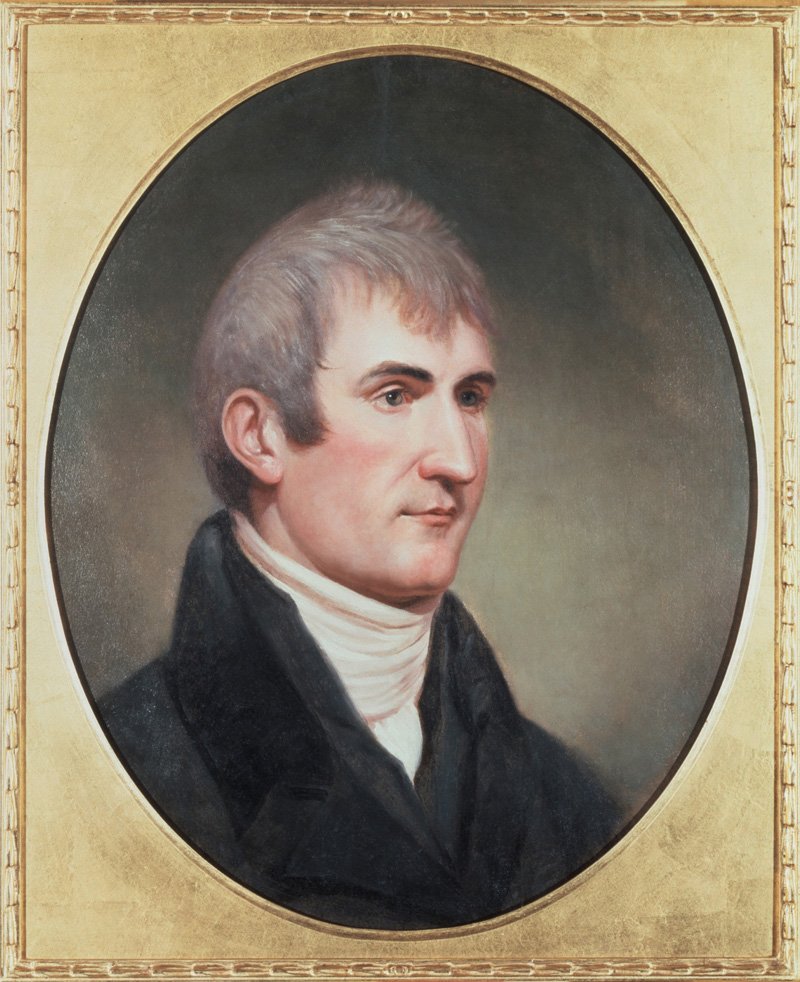 Captain Lewis made many trips to Saint Louis while his expedition—the Corps of Discovery—was encamped across the Mississippi River at Camp Wood. Saint Louis is situated at the mouth of the Missouri River. The president of the United States had charged Lewis to explore the lands draining into the Missouri River, cross the Rocky Mountains, and find a passage to the Pacific Ocean. Trouble was, when Lewis’s expedition arrived at the mouth of the Missouri River, they did not have permission from Spain, the presumed owner at that time of the Louisiana Territory, to proceed upriver. Lewis made the decision to camp for the winter on the U.S. side of the Mississippi to await permission to proceed.

The Louisiana territory changed hands between Spain and France more than once. The formal transfer of power from France to the U.S. took place in New Orleans in December 1803. The transfer of power for Upper Louisiana in Saint Louis started on March 9, 1804. Lewis was invited to be the chief official witness. First, the Spanish flag came down and the French flag was raised. The American delegation agreed to let the French flag remain overnight. The next day the French flag came down and the American flag was hoisted. Documents were signed, speeches were made, and now Lewis had permission to proceed up the Missouri River.

Bobby Goes to Philadelphia in Search of the Osage Orange

In July 2001, I traveled to Philadelphia to walk in the footsteps of Lewis. Jefferson had sent him there before the expedition to learn from the smartest people in the nation about navigation, science, and medicine. I had read in Undaunted Courage, by Stephen Ambrose, that there was an Osage Orange tree that grew from a cutting that Lewis had sent to Jefferson, who sent it to a friend living in Philadelphia.

I got on a bus and traveled to the location Dr. Ambrose noted in the book—at the intersection of Spruce and Third Street. Arriving at the location I pulled the stop-cord on the bus and got off. I looked around, and there wasn’t a tree in sight. I was so disappointed.

The Tree Is in the Graveyard

Later that day I visited the Lewis Herbarium where the curator, Dr. Rick McCourt, let me look at the actual plants that Captain Lewis collected and preserved. I told him about my disappointment with the Osage Orange, and he exclaimed that the tree did exist and that Ambrose was three blocks off. The tree was in the graveyard of Saint Peter’s Church, founded in 1758, at the corner of Pine and Third Street.

Off to the church I went, and sure enough, the Osage Orange tree was there. It was about 30 feet tall with a large girth that maybe two people could encircle. As the tree grew, it lifted nearby gravestones. I noticed the groundskeeper had hit the roots with a lawnmower that induced the tree to send up a sucker. “Oh my,” I thought. “I could cut that off and take it home and grow a Lewis Osage Orange tree.” 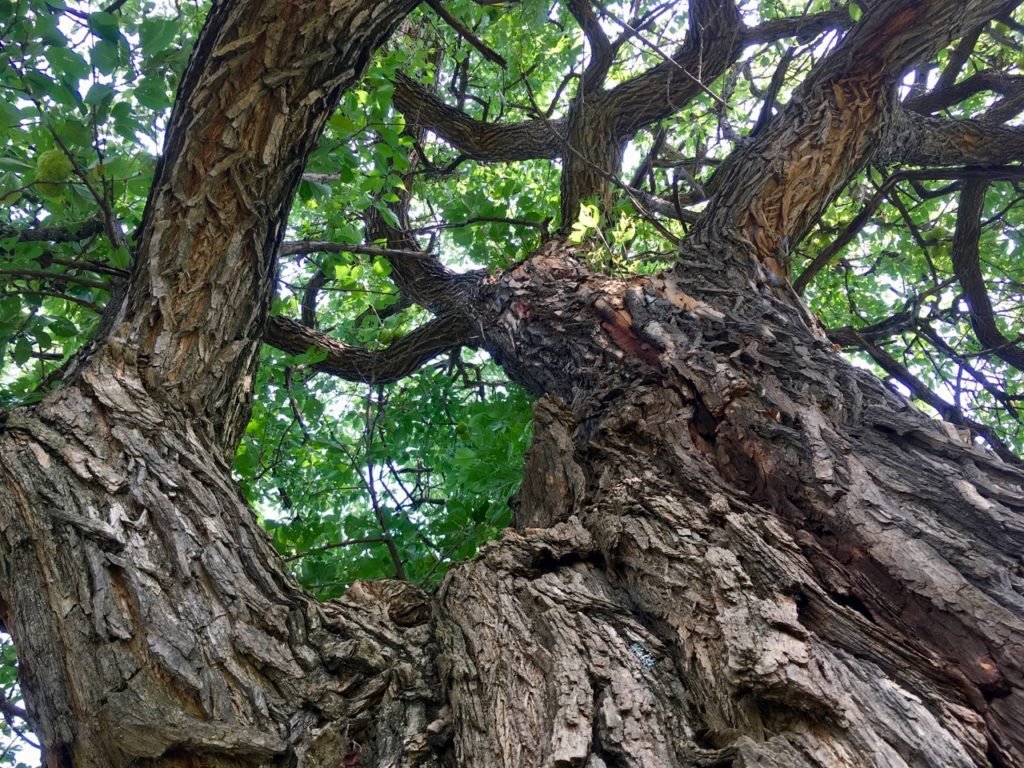 Looking up from the base of a mature Osage Orange tree. Photo by R. Whitescarver.

I took out my knife and cut the sucker off the root and immediately walked to the nearest tavern. I sidled up to the bar. The young lady barkeep came over and said, “What’ll you have, mister?” I replied, “I’ll have a Yuengling and a glass of water for my little buddy.” So there I sat with my beer and the Osage Orange sucker in the glass of water. I was very happy.

The next day I packed up to go home, and to my later chagrin, I left my little buddy in the hotel room—shame!

Water Words That Work hired me to give a presentation to a watershed group in Troy, New York, about how to accelerate the installation of best management practices for improving water quality. One of the attendees was Molly. I told her my story about the Osage Orange in Philadelphia. She said she was going there to visit her dad and if she could find the tree, she would get me a cutting and send it to me.

Bless her heart, she did it. And now I’ve planted the tree and hope it will grow into a tall tree one day.

Atonement for My Sins

A good friend enlightened me that I was “endorsing vandalism” by taking the cuttings from church property without permission. I stayed up all night worrying, so the next morning, I contacted the rector of the church. “I have a confession to make,” my correspondence began, and then I proceeded to tell her the story of my Osage Orange escapades in her church’s graveyard.

She replied in an email:

I really appreciate your email and your willingness to “come clean.” You are most definitely absolved of any guilt. I think it is wonderful that a little part of St. Peter’s is growing in Virginia, and I hope it thrives. God knows we need more trees in our ongoing climate crisis. So no need to feel guilty at all.

I pray blessings on your work to keep our soil healthy and our planet green.

We indeed need more trees, and my small piece of history, now blessed by the church, is growing in the Shenandoah Valley of Virginia.