I drove onto a farm in Northern
Virginia this week and noticed a row of baled up corn stalks.  That’s a red flag for me…I have learned over
the past 30 some years as a conservationist that when I am on a farm and see rolled
up – baled, corn stalks, I almost always see bare soils, gullies, polluted
streams and negative profit margins as well.
Corn stalks are just about worthless as livestock feed, they cost far
more to bale than they are worth and removing them robs the soil of valuable
organic matter and nutrients and, leaves the land vulnerable to the forces of
erosion. It makes no sense what so ever to bale up corn stalks. 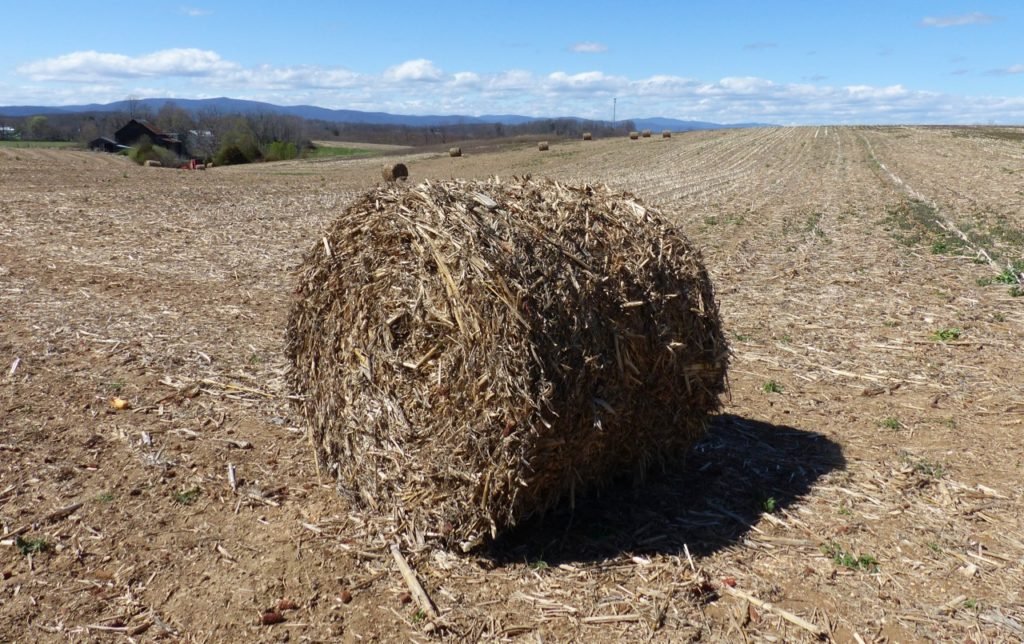 Baling corn stalks not only wastes time and money, it robs the soil of needed carbon.

The Extension publications found on the internet about the
economics of rolling up corn stalks were very diplomatic in their wording but
what they were trying to say to farmers was that baling up corn stalks is a
waste of time and money.  It actually
costs $50 to $60 dollars per ton (about two bales) to make them, buyers are
only willing to pay $7 to $12 a ton for them and they only have 3 – 4% protein
in them.  Simply stated it costs $25 to
make a $4 bale of corn stalks.  It just doesn’t make sense to mow, rake, bale and transport an almost worthless feed.

Corn stalks are worth much more left in the field to protect
the most valuable asset on the farm – the soil.
Corn stalks make great cover for the soil during the winter.  They intercept the energy from falling rain
drops and therefore prevent soil particles from being dislodged which is the
first step in the erosion process.
According to Extension publications on the internet there is about $12 worth
of nutrients in an acre of corn stalks and there is a huge amount of carbon in
them.  This carbon is priceless as a soil
amendment – it’s the organic matter that is so important for soil
productivity.  Taking this rich source of
carbon off the land is truly a costly endeavor both economically and
environmentally. 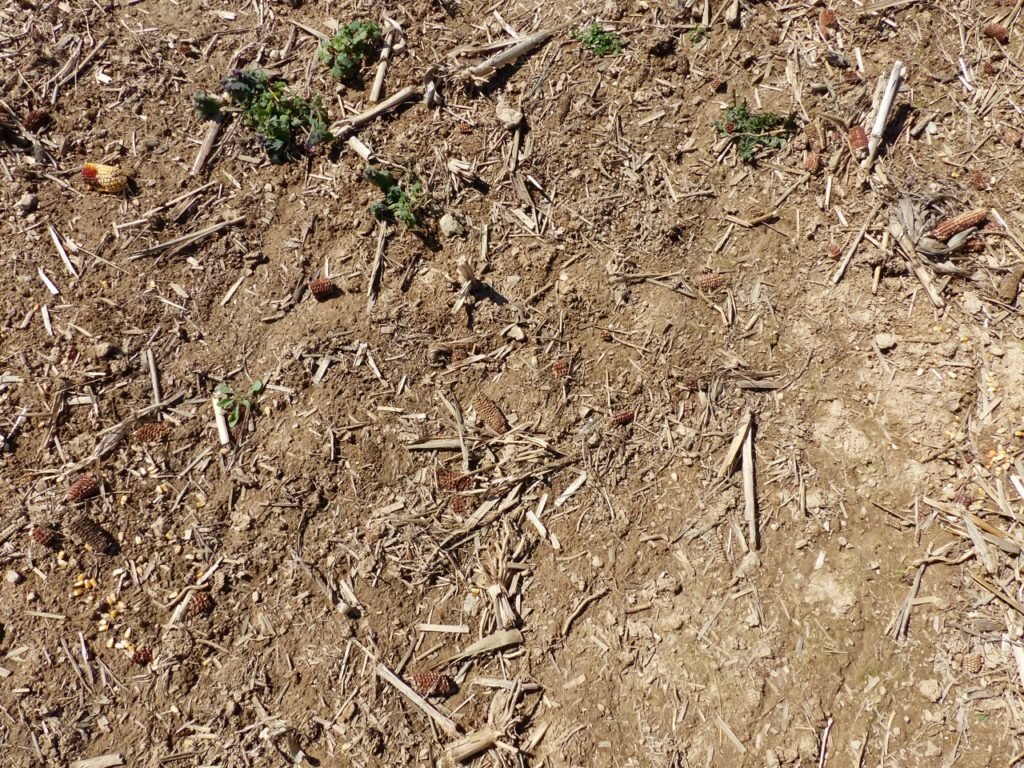 Much of the land is bare after corn stalks are removed from the field leaving the soil exposed to the impact of raindrops.

When corn is harvested for grain the combine strips the stalk
of its ear and leaves the stalk on the ground.
By the time corn is mature enough to harvest for grain it’s usually late
October or November and that’s too late to plant a cover crop of rye or wheat to
protect the soil during the winter.
Removing the corn stalks results in bare soil all winter long which is truly
lamentable and a sign of poor farming.
The field from which those stalks came will have rills and gullies by
springtime.  The first time that soil
becomes saturated by rain or snow the top ton of soil, which is the most
productive ton a farmer has, will begin moving down gradient.  Water will carve small rills or gullies into
the soil then form larger ones as the energy from the flow of water downhill
increases.  What was once the richest
part of the land that could produce food, fiber and fuel for the least amount
of input becomes the largest pollutant by volume in our streams. ©