There’s been a lot of news lately about extreme weather throughout the world; here in the U.S. the Huffington Post as well as other news sources reported that the past twelve-month period from July 2011 through June 2012 has been the hottest on record.  In other news over half of the continental U.S. is in extreme drought conditions.

Pollen comes from the anthers on the this corn tassel.

Gee, I wonder if what all the scientists have been saying about converting all those gigatons of solid and liquid carbon under the Earth’s surface into carbonaceous gases in the atmosphere is influencing our weather?

High temperatures affect a lot of things; people get heat exhaustion, some die.  Many populations migrate; some to warmer climates and some to cooler.  Bio-rhythms get out of sync, glaciers melt, sea levels rise and something I haven’t read in the tabloids lately – its affect on pollination.

It is well documented that when temperatures exceed 95 degrees Fahrenheit the yields from the three main food crops of the world – corn, wheat and rice – decrease, sometimes dramatically.  It’s also true of tomatoes.  High temperature kills the pollen and/or desiccates the female part of the flowers; therefore, preventing pollination.

When there is no pollination there will be no grain or fruit.

When corn is in anthesis viable pollen from the tassel must land on a viable silk and travel the length of the silk to fertilize the egg.  Every kernel (egg) of corn on the cob has a silk or stigma that has to be fertilized in order to have a fully developed ear of corn. 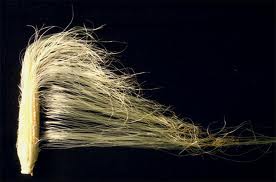 Every future kernel must have a viable silk.

If temperatures exceed 95 degrees and it is dry during the anthesis of corn then pollination is unlikely to occur; which means no grain.

That’s pretty much the same with rice and wheat and tomatoes.  That’s what the science tells us.  If this is happening with these four crops can we deduce that it is also happening with other plants?

A major frontier for world food security is agronomic plant breeding that uses every available technology, including genetic engineering to develop crops that better tolerate higher temperatures, less moisture and other pathological issues brought about by anthropogenic global warming.