Two events were held in the Shenandoah Valley for Chesapeake Bay Awareness Week.  One on David Surratt’s farm in Fishersville, VA and another on Jeanne Hoffman’s farm in Swoope.  Both venues are in the Middle River watershed. 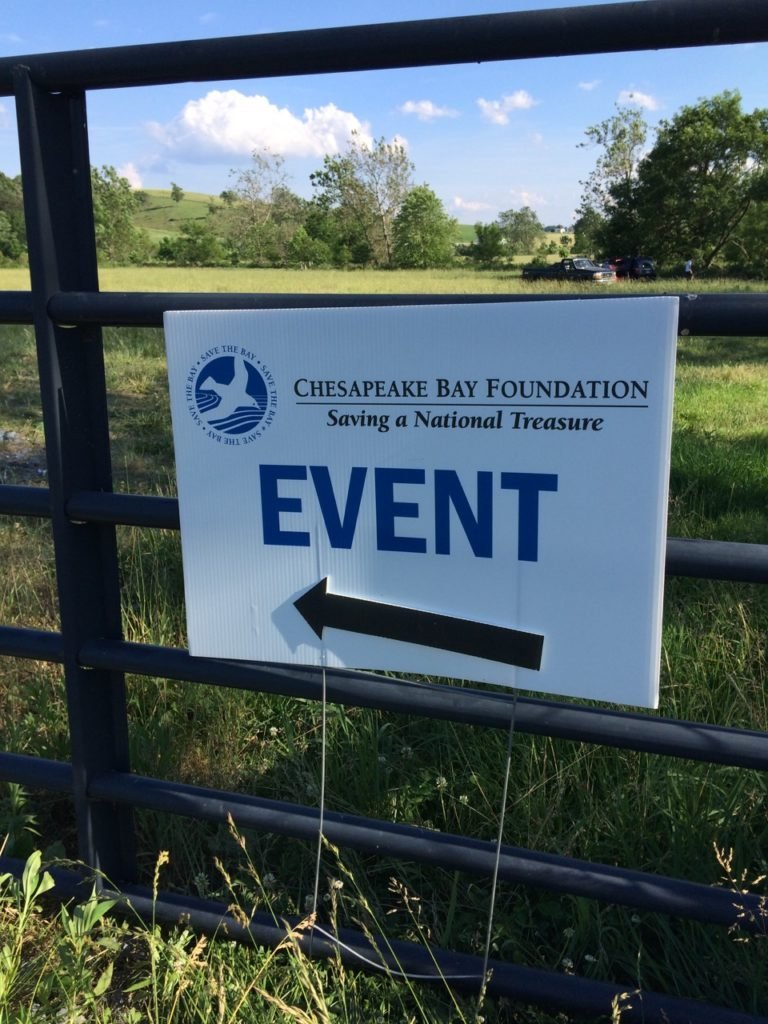 A River Walk was conducted as part of Chesapeake Bay Awareness Week.

Mr. Surratt and his family excluded their cattle from five tributaries of Long Meadow.  They installed 3.5 miles of fencing and five watering stations.  A press conference was held on their farm to show what they did and to announce Chesapeake Bay Awareness Week.

River Walk at the Farm

Jeanne and I hosted a River Walk at the Farm to show how a riparian buffer looks twelve years after excluding cattle.  Fifty-six people attended to walk the 3/4 of a mile trail along Middle River and its tributaries.

Scroll through the pictures below to see some of the action. 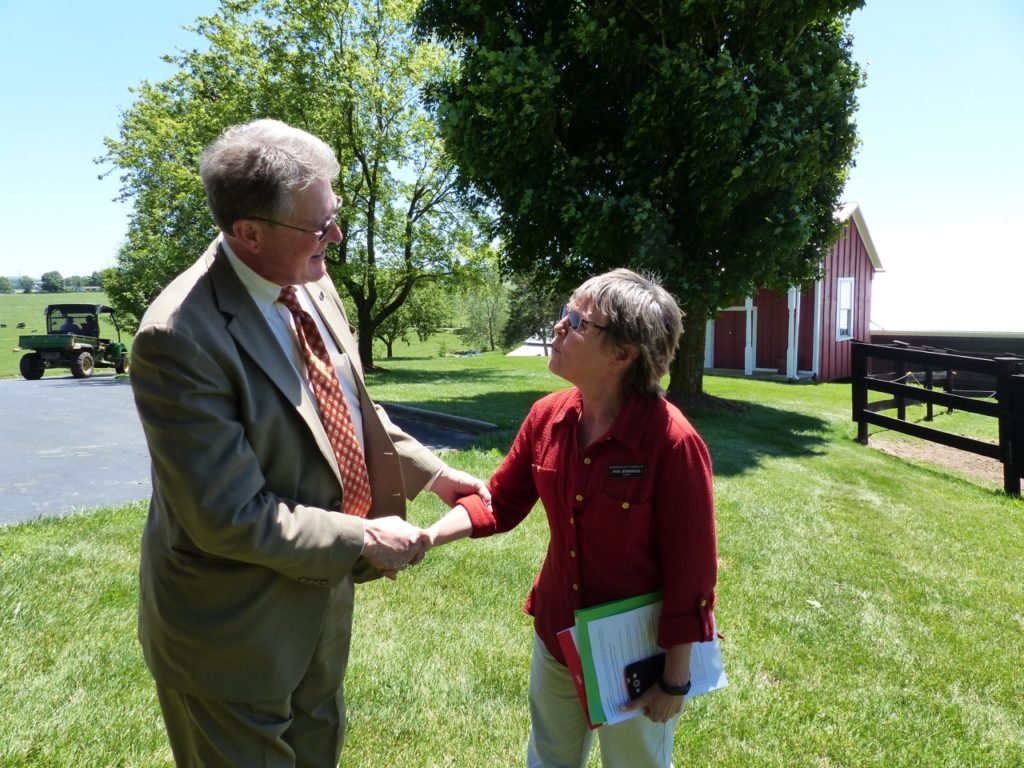 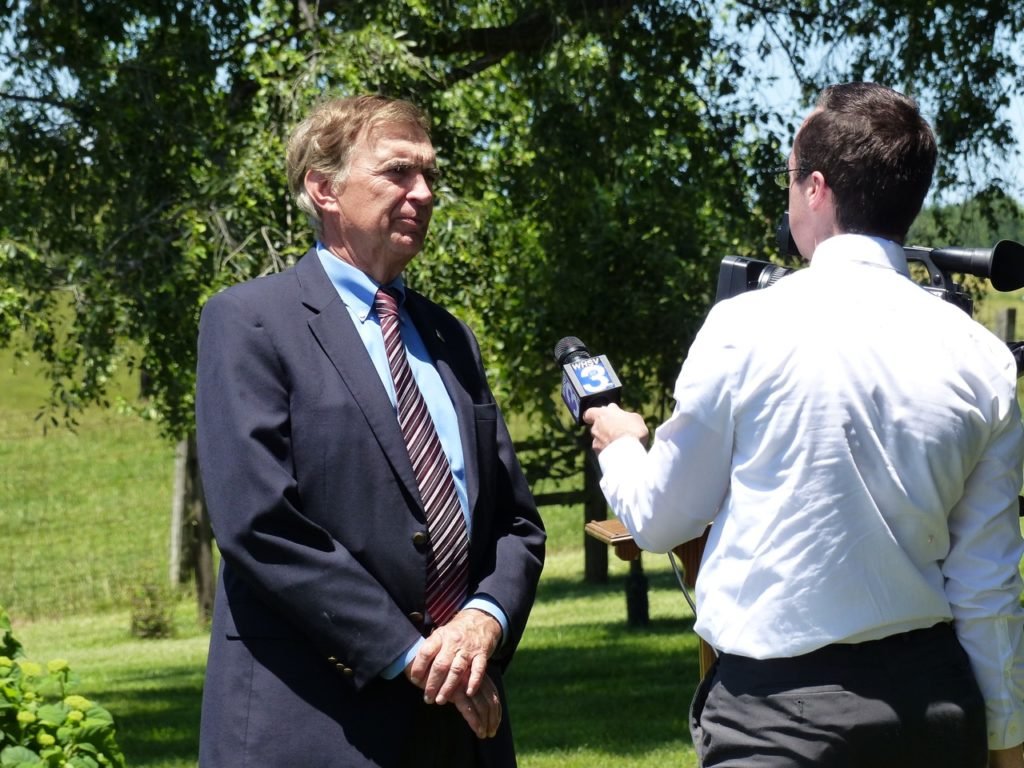 Chesapeake Bay Commission member and Virginia Senator Emmett Hanger talks to a TV3 reporter about streams in the Valley and the Chesapeake Bay. 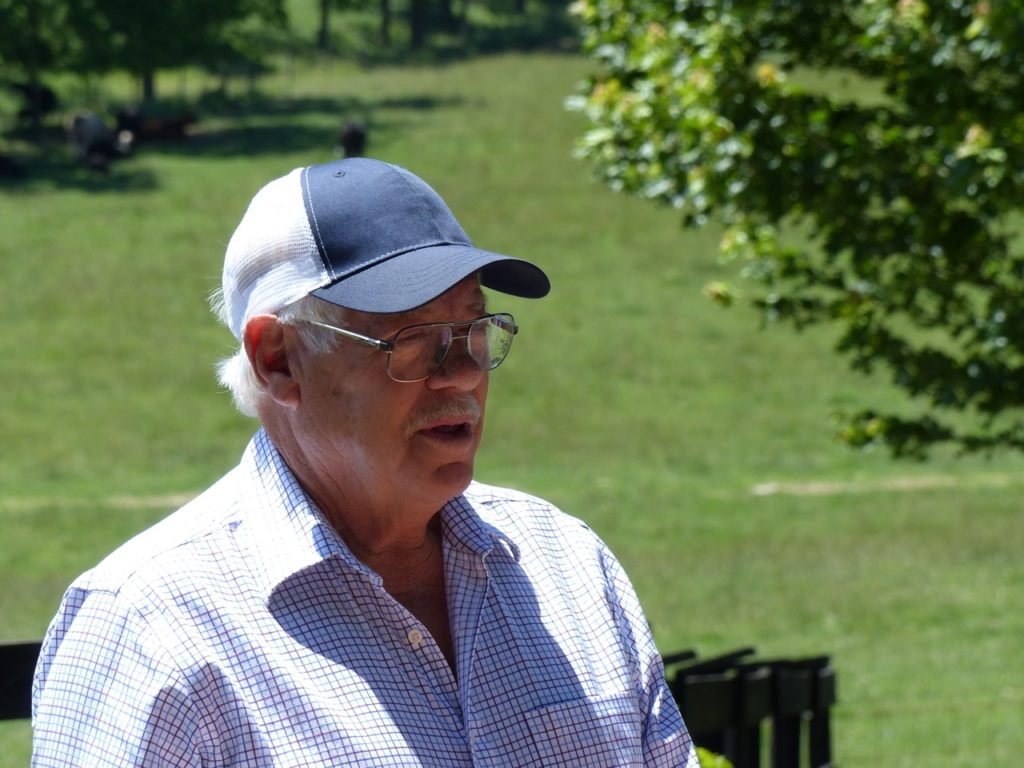 David Surratt, Shenandoah beef cattle farmer fenced out five tributaries of Long Meadow. “I did for the cows and the water”. 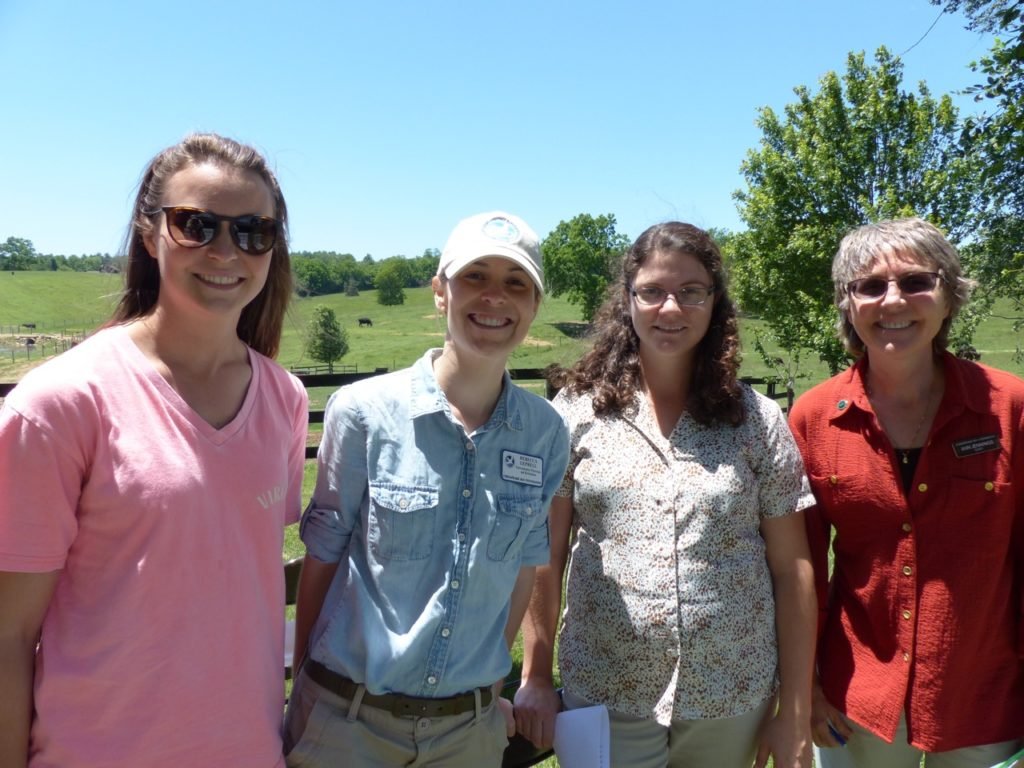 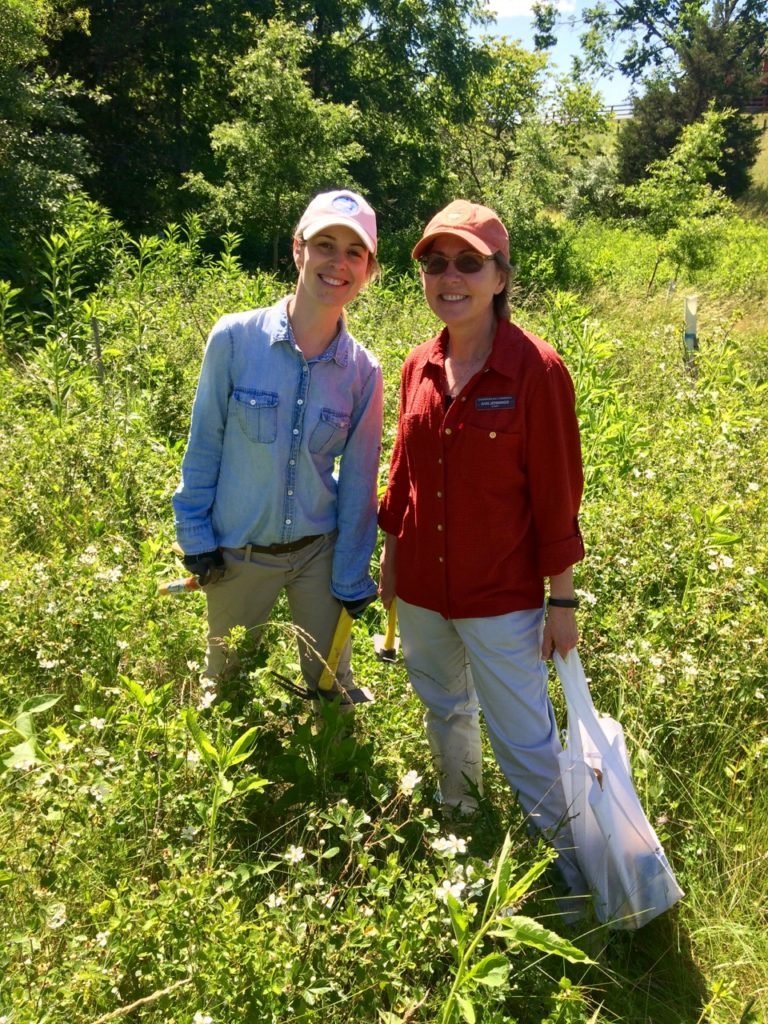 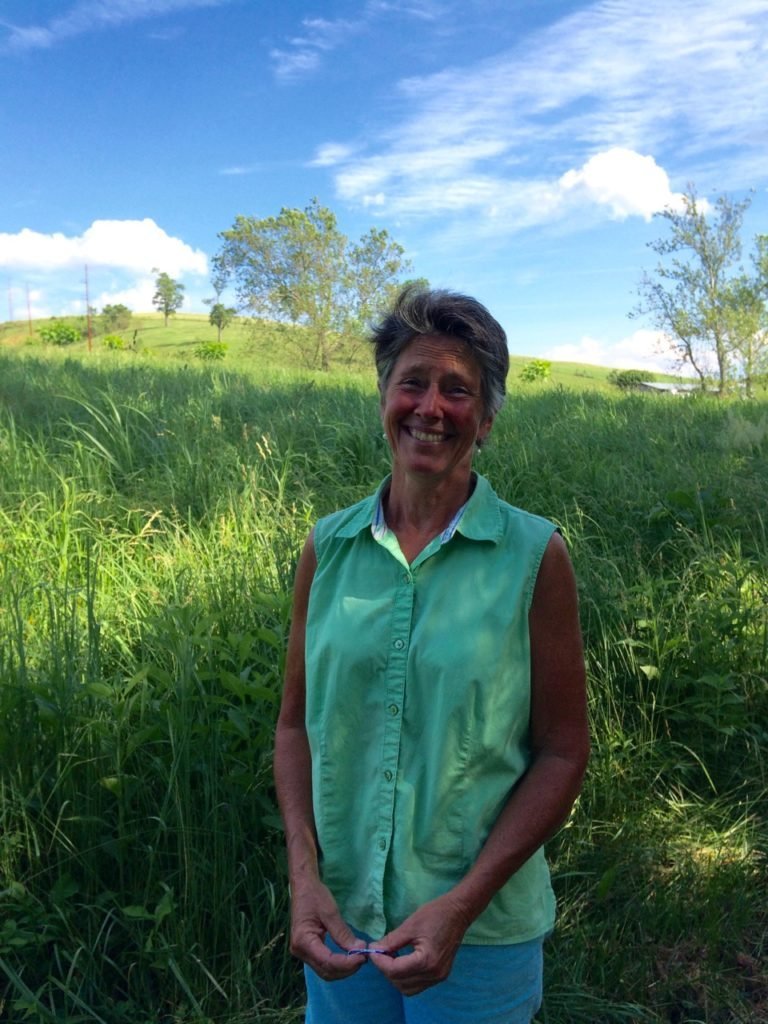 The Princess of Swoope, Jeanne Hoffman, loves this warm season grass pasture.  This is one of many grazing units on the farm where rotational grazing is implemented.

“Twelve years ago beef cattle farmer Jeanne and soil and water conservationist Bobby were married.  This farm is a reflection of our mutual respect for each other.  It’s a marriage of values, working together as one.  Jeanne wants more grass and I want more buffer….what you see today is how we put it together to work for the cow and the river.  And I think you will see as you walk the river and its tributaries that a farm can indeed produce both food and clean water”. 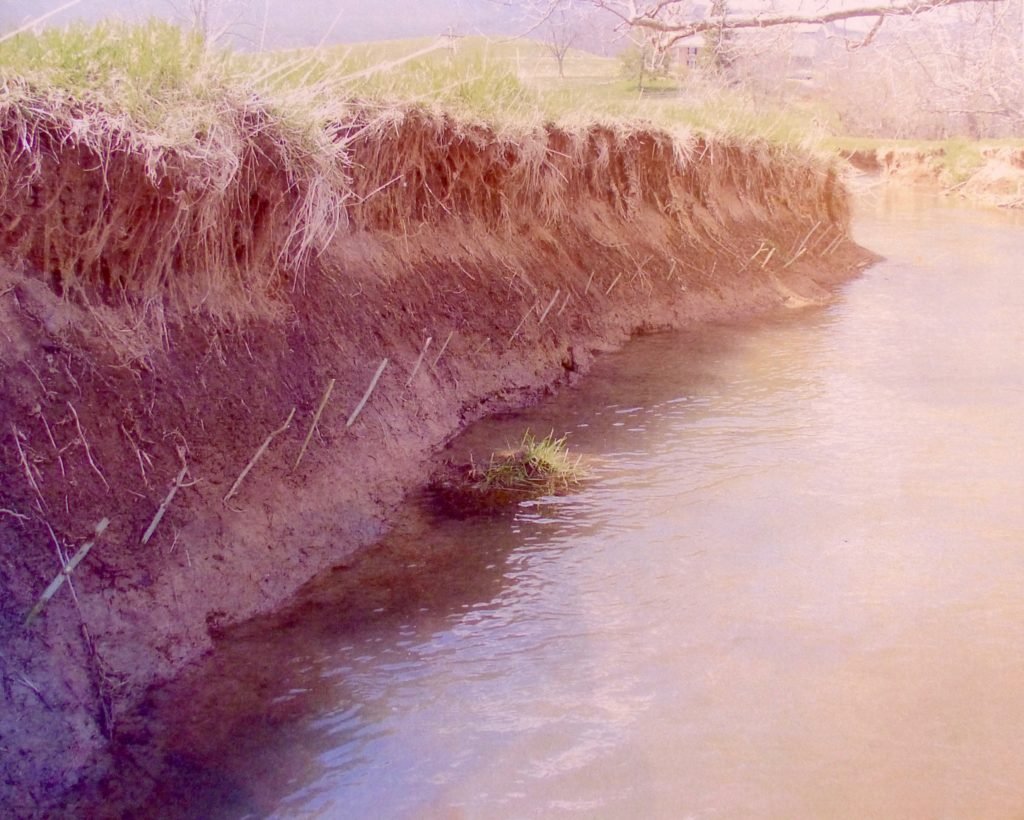 Live stake installation on an eroding bank of Middle River – 2004. Notice house in the background as a reference. 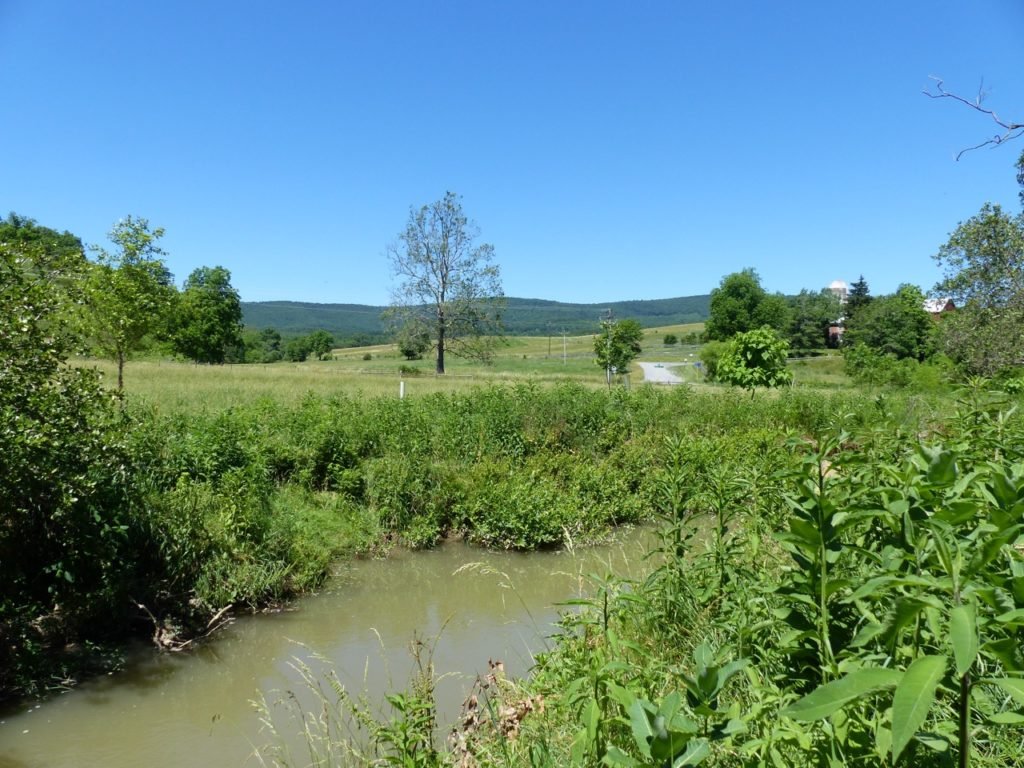 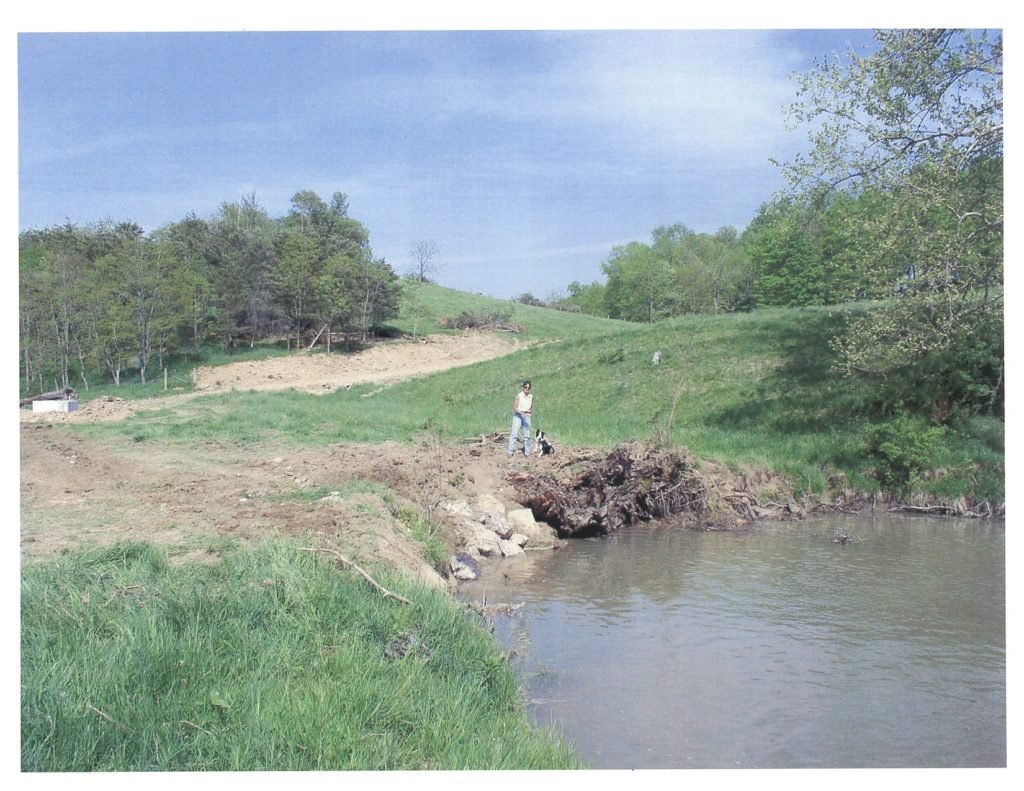 Jeanne and Dexter, 2004, standing on a root wad installation to stabilize a curve in Middle River. 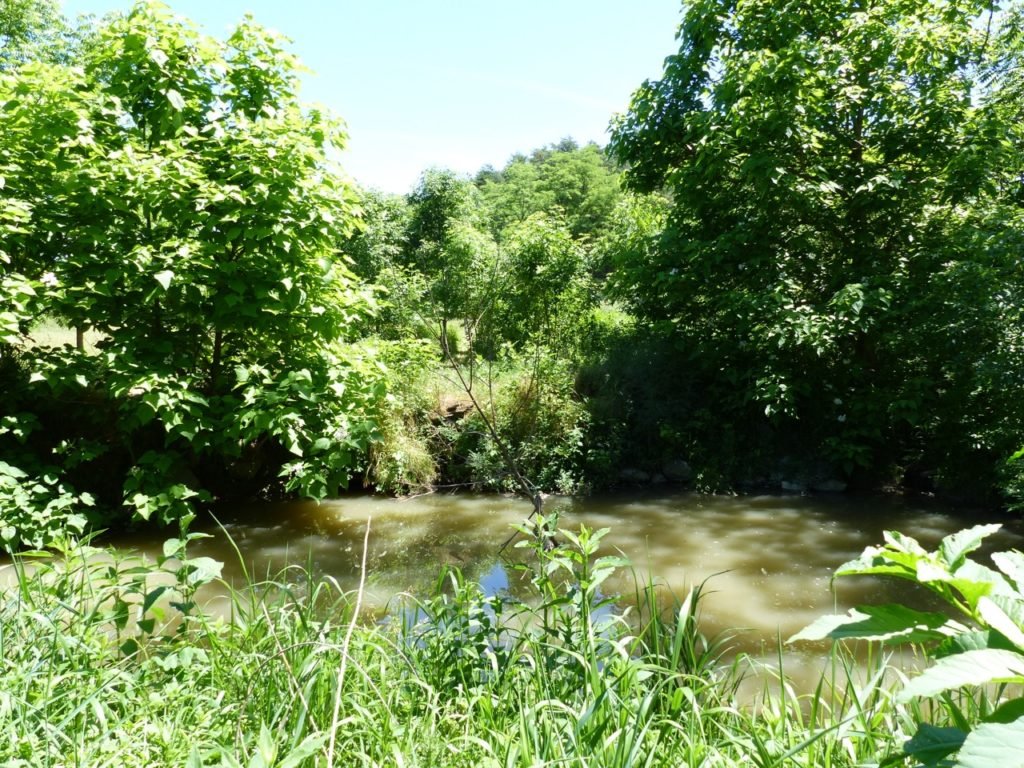 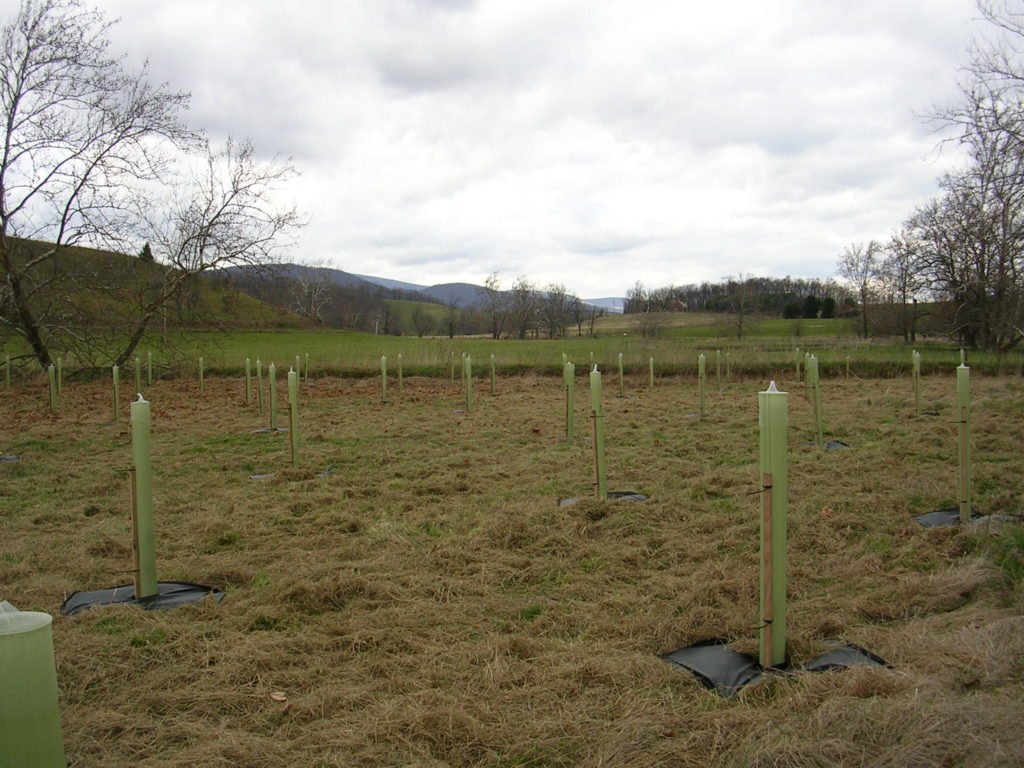 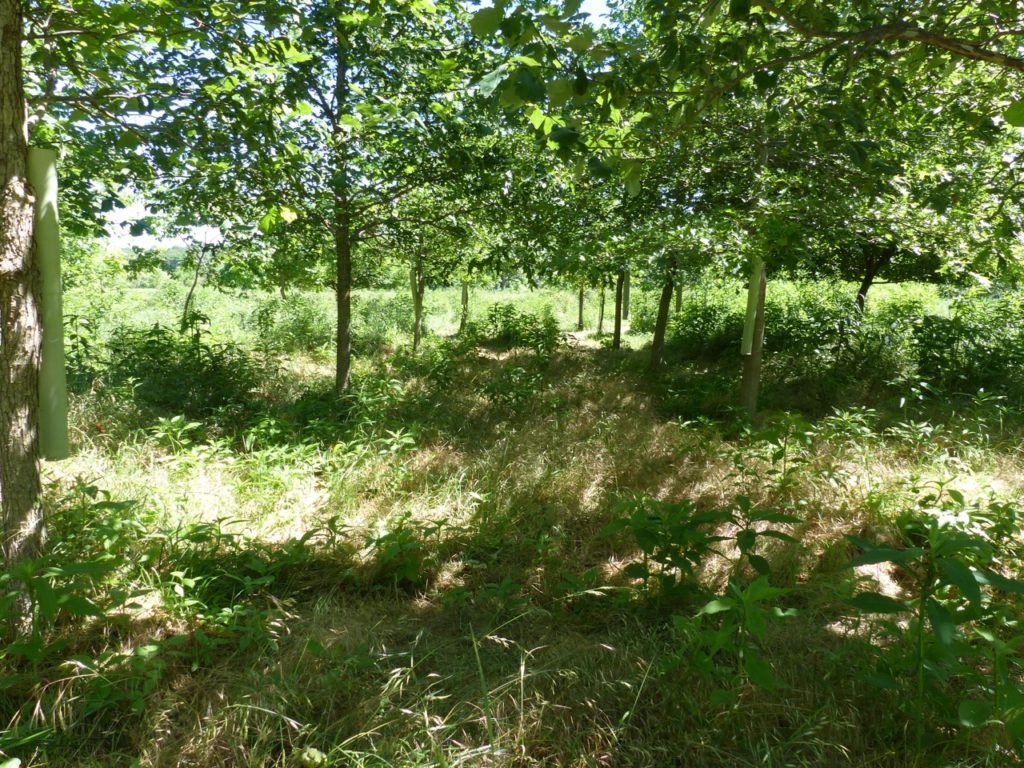 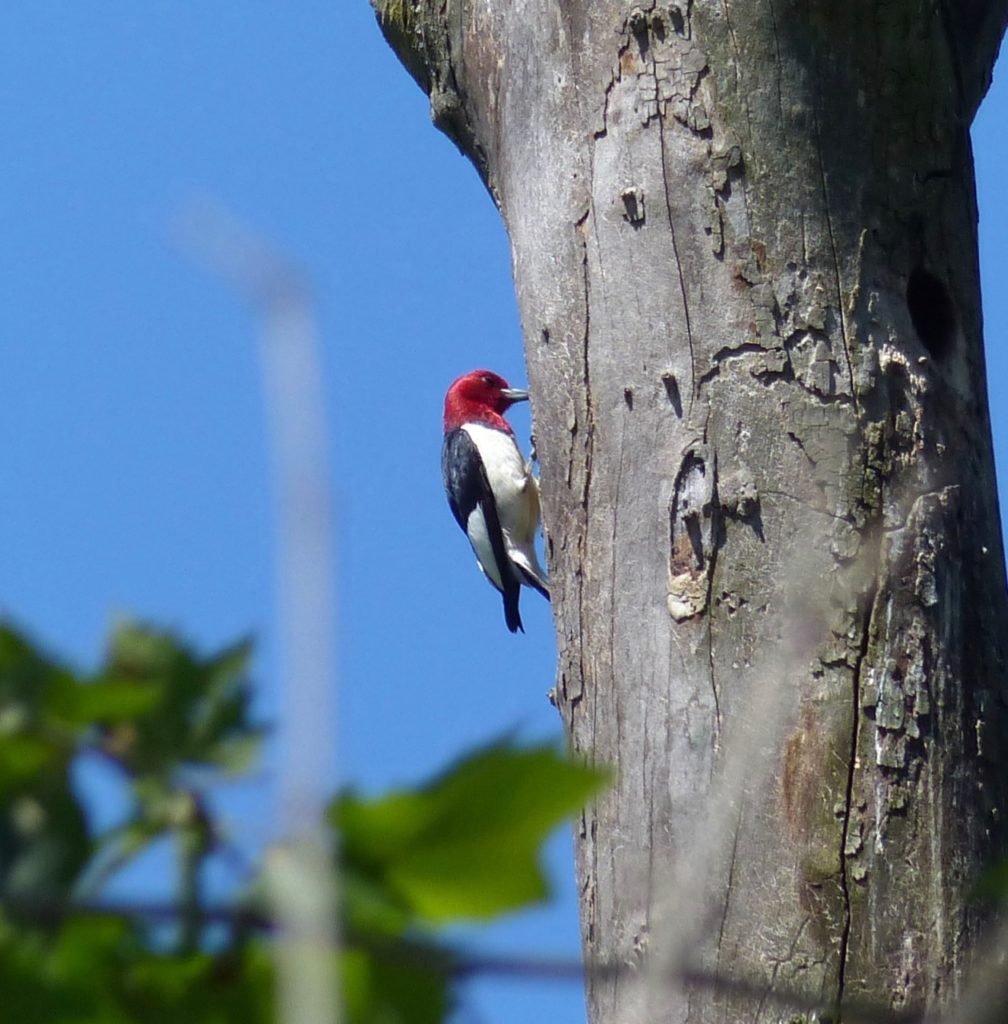 The star of the River Walk – Red-headed Woodpeckers nest in a Sycamore snag on the banks of Middle River. 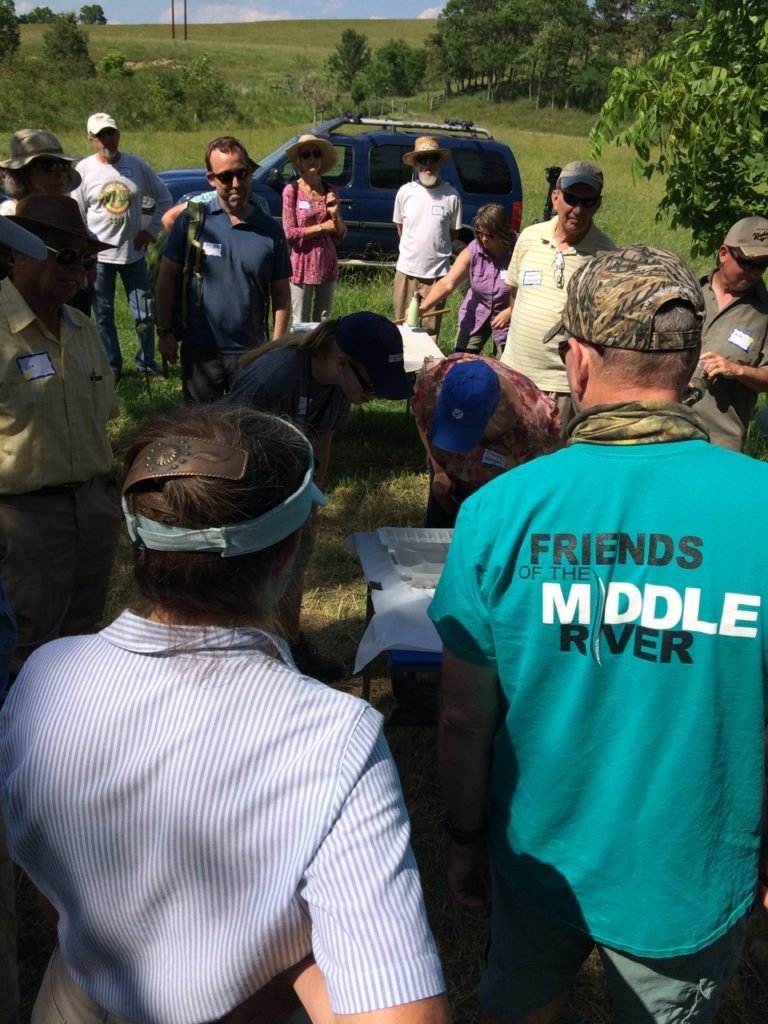 Tour group #2 at the Save Our Streams demo conducted by the Friends of Middle River. 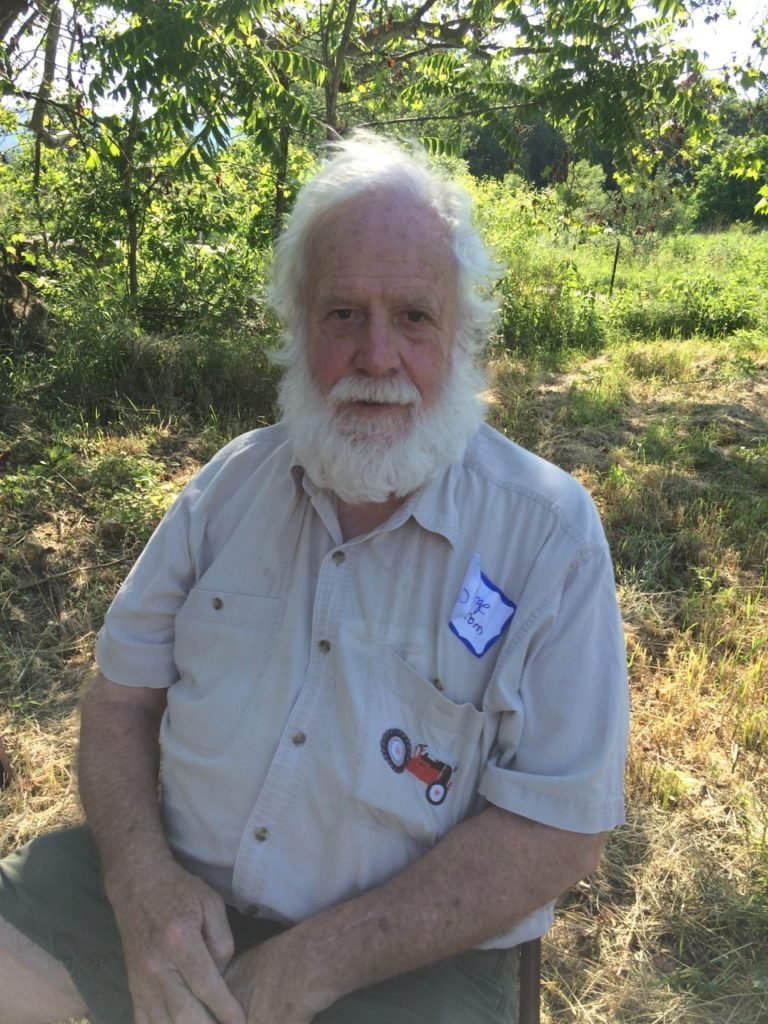 The Downstream Project’s founder George Ohrstrom on the River Walk. 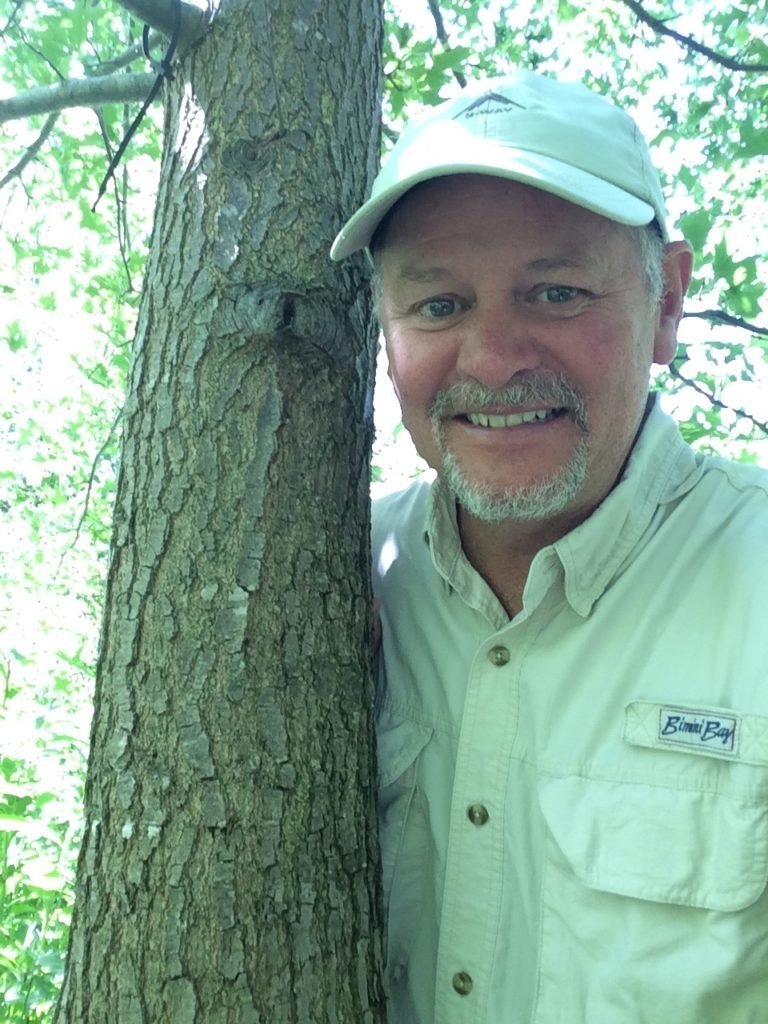 Selfie with 12-year-old oak in our riparian forest buffer. 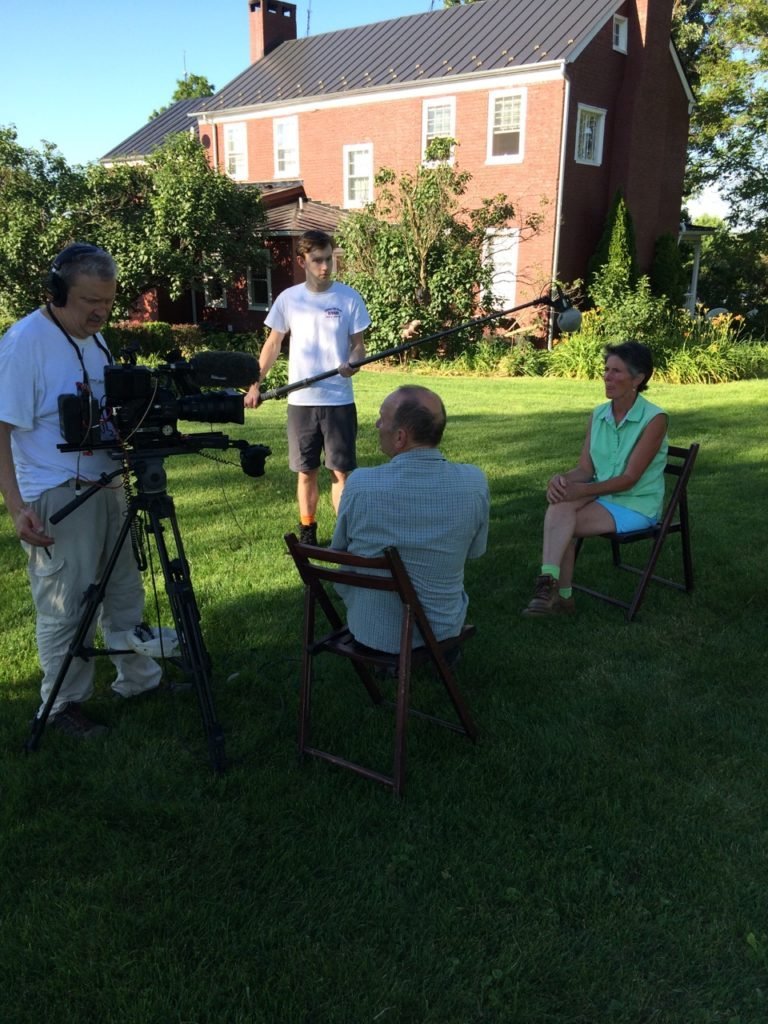 The Downstream Project Team interviews the Princess of Swoope.