This blog post was modified to become an oped piece for the Bay Journal News Service.  They distributed it on March 7, 2017.  USA Today published it on March 17th as “Want a cleaner river? Keep cow pies out, plant trees”. 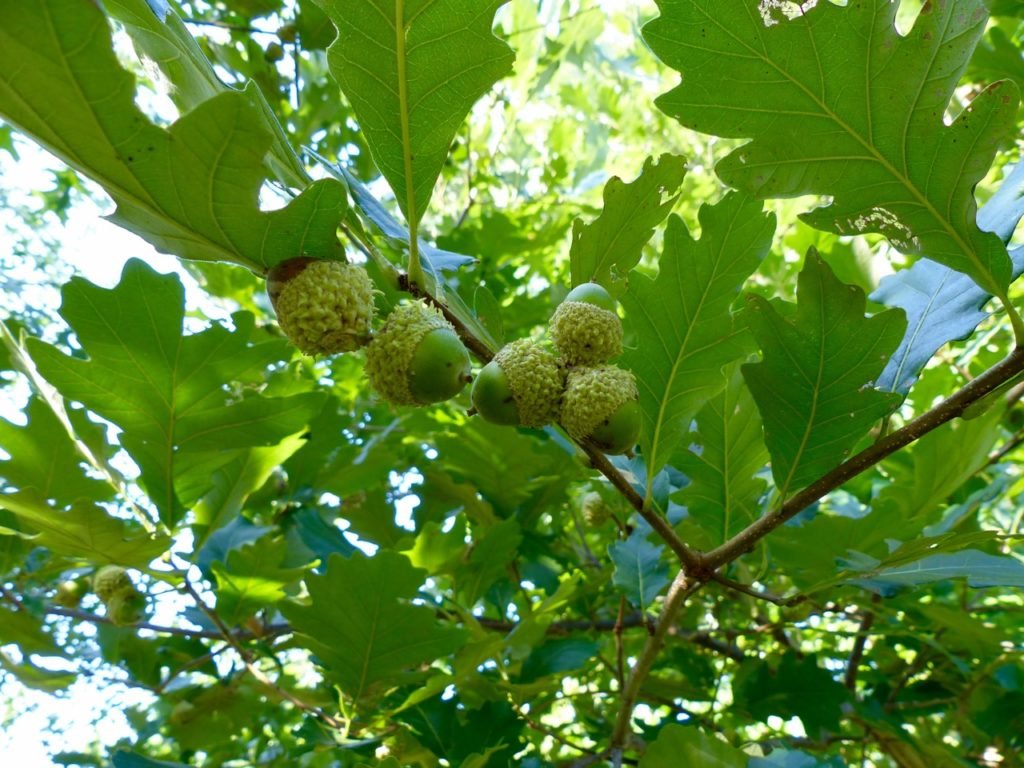 The leaves from this native Swamp White Oak on our farm will fall in the river and provide the energy for a thriving aquatic ecosystem.

E. Coli Cut By One Third

One of the most polluted rivers in Virginia flows through our farm in the Shenandoah Valley. However, we are witnessing the river’s amazing potential to heal. By taking steps like fencing cattle out of streams and planting trees along the banks, E. coli bacteria levels in the Middle River are cut by one-third after the river passes our farm.

For over 20 years, the Middle River has been on Virginia’s “dirty-waters list” because it exceeds the state standard for E. coli. It also violates the state’s General Standard, meaning there is so much sediment in the water the river cannot support a healthy aquatic ecosystem. 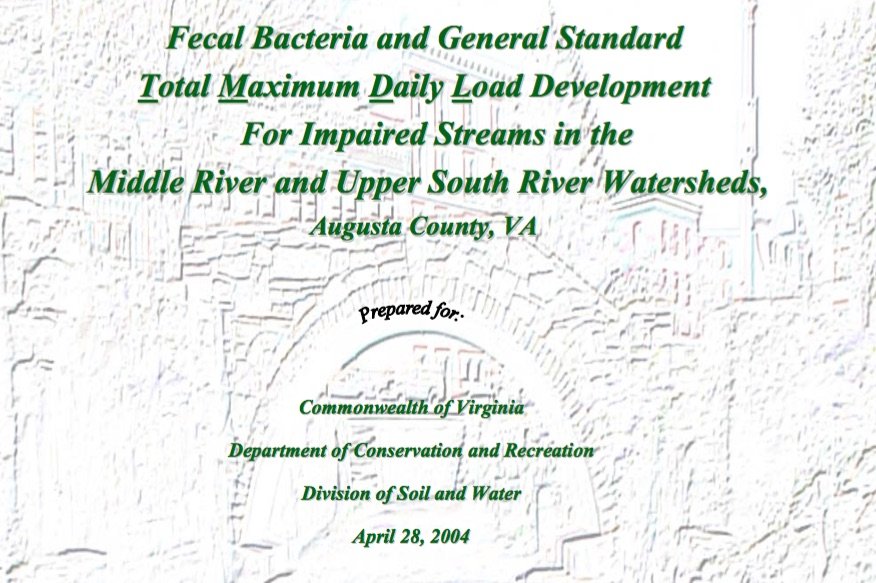 Cover of the TMDL report for Middle River. Click on this image to see the whole report.

There is hope for turning that around. 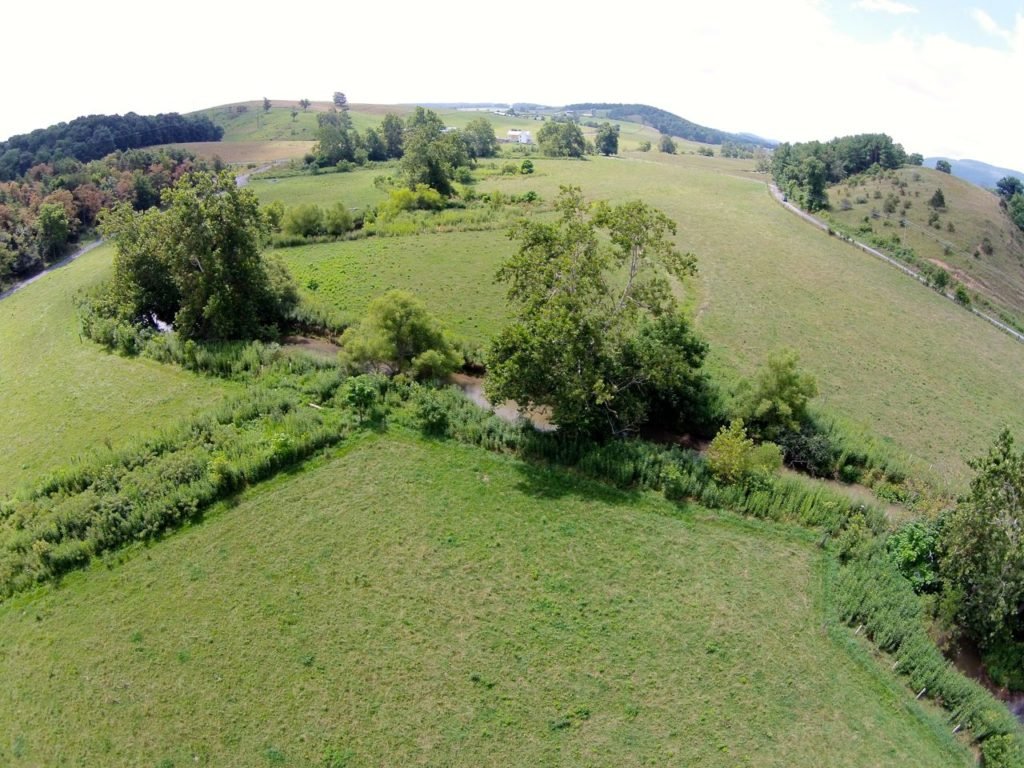 Middle River at six miles from its source. This is our part of the river which we fenced off from cattle in 2004.

But a remarkable thing happens over the course of the farm’s half mile stretch of river. By the time the river leaves our property, the average E. coli level has been reduced 30.6 percent to 1,715 CFU/100mL.

While that’s still pretty polluted, it is a huge improvement. What’s happening?

The river begins just six miles upstream, by the time it enters our farm it’s nineteen feet across, far too wide to jump across. When the weather is cold, the water is crystal clear. But when it’s warm out it looks like chocolate milk.

The cause of the pollution is obvious. Cattle cool off in waterways upstream, where they wallow, defecate, urinate, and trample up and down streambanks.

This dislodges soil from the riverbanks, making the water look like chocolate milk. The suspended soil suffocates aquatic life as sediment clogs the gills of fish and other critters. 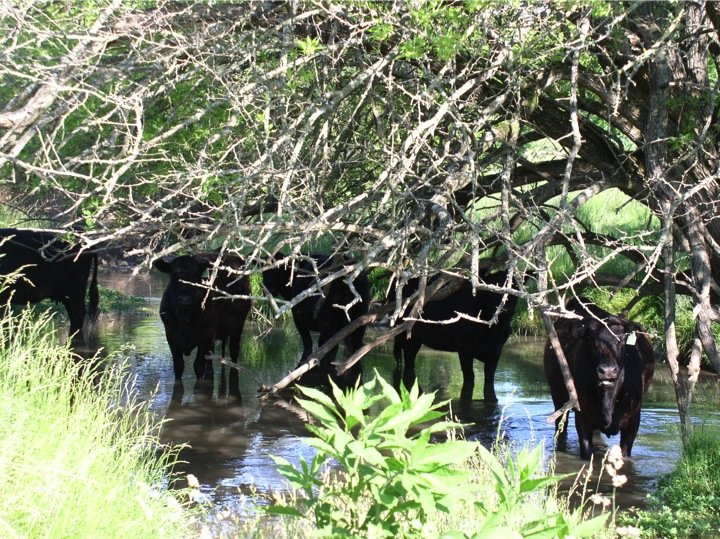 All the manure livestock deposit in the river is basically fecal coliform bacteria and nutrients. This devastating contamination can cause livestock and human illnesses and fuels harmful algae blooms.

Years ago the Virginia Department of Conservation and Recreation (DCR) held a meeting with the landowners in our community to inform us that the river was polluted. They told us that most of the pollution was caused by livestock having access to the river and its tributaries.

So the DCR set out to prove it. They worked with a private company and James Madison University to track down the sources of the bacteria. They collected water samples from the river and feces from the land, grew cultures from each to see whose bacteria from the land matched up to the bacteria in the water.

Research conducted by JMU concluded that 94 percent of the fecal matter in our river came from livestock. It was proven with empirical data – not a model (Appendix C, page C-9).

On our farm, we fenced cattle out of the river in 2004 and planted native trees and shrubs along the banks. Many of those trees are now over 15 feet tall. It’s a joy to walk in the shade along the river and see beautiful native flowers such as jewelweed, goldenrod, bur marigold and grand lobelia. 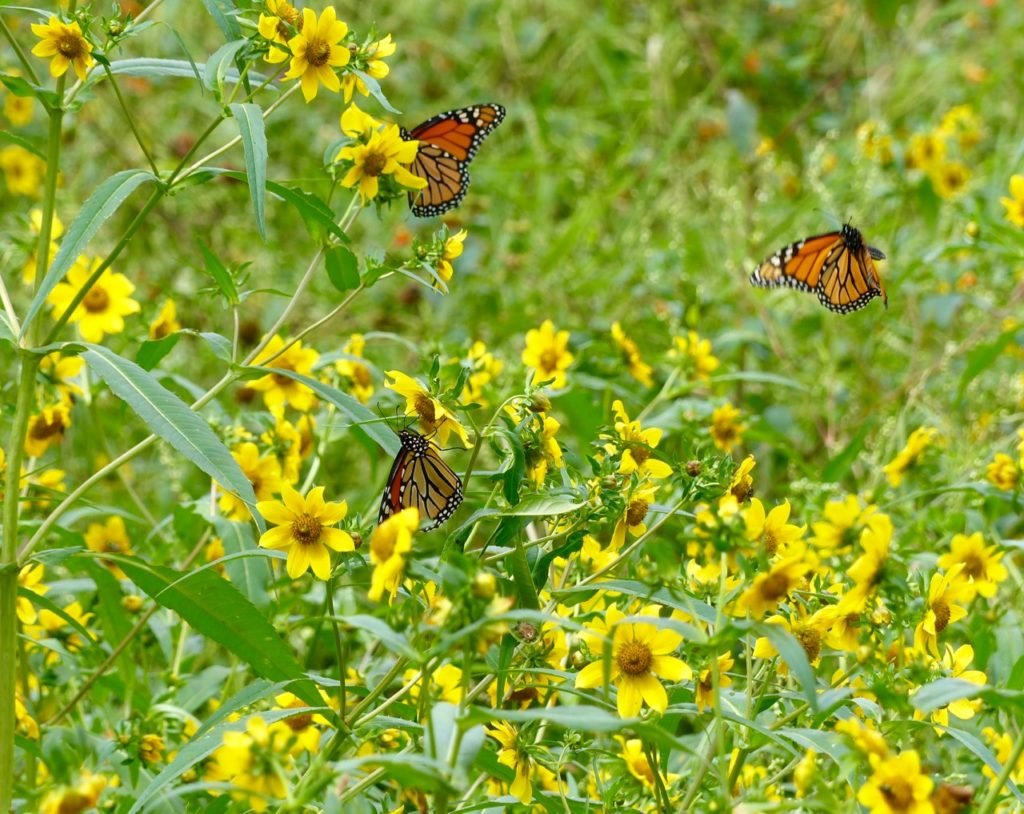 These trees and shrubs do so much for the river. They shade the water, stabilize the stream banks, and provide food and habitat for wildlife.

The pollution reduction in our meager half-mile of the river boils down to two simple points. First, we don’t have any cows in the river. Second, the trees and shrubs help the aquatic ecosystem function.

For example, scientists from the Stroud Water Research Center in Pennsylvania determined that a stream flowing through forested buffers is two to eight times more capable of processing in-stream nitrogen pollution than a stream without trees and shrubs along its banks. 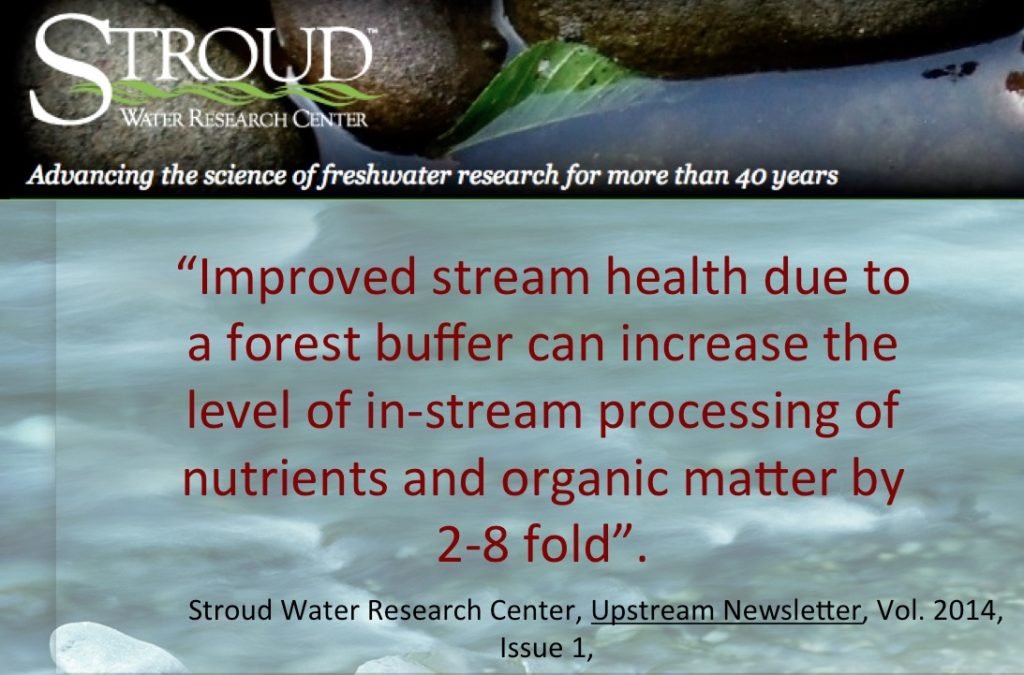 Leaves From Trees are the Corn Silage of the Aquatic Ecosystem

That’s because leaves from native trees fall into the water and provide food for multitudes of critters that thrive in the water. These leaves are the corn silage of the aquatic ecosystem. 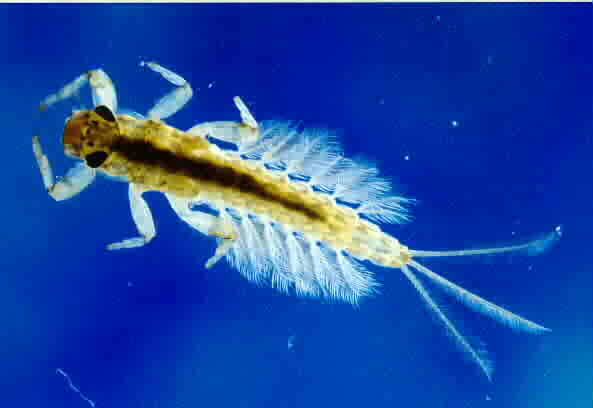 This Mayfly nymph lives in clean streams and eats leaves.  It has external gills. Sediment in Middle River clogs their gills and kills them.

Fencing livestock out of streams is beneficial for farmers and for everyone downstream.  It can be eight times more beneficial if trees are planted along the streams as well.

If we can get a 30.6 percent reduction in E. coli in half a mile, think what a mile, five miles, a hundred miles could do. We have not yet recognized the great power of a healthy aquatic ecosystem to process in-stream pollution. It doesn’t matter if that pollution comes from a wastewater treatment plant, a malfunctioning septic field, or the back end of a cow.

The bottom line is we can cut a lot of pollution if we just plant more trees along streams.