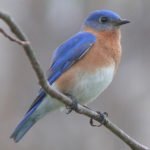 We usually clean out the Bluebird nesting boxes when we see birds starting to make nests.  That’s usually in late February but since spring is so late this year, we just completed this task on thirty of our boxes.  The infamous English Sparrows are starting to carry nesting material into the boxes.  English Sparrows are not native to North America and they are very aggressive, easily out-competing our native Eastern Bluebirds and Tree Swallows for the nesting boxes. 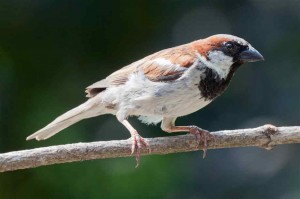 We destroy English Sparrow nests whenever we can.* 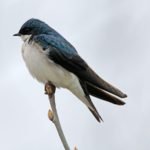 Clean out nesting boxes about the time the male Tree Swallows arrive.  We take a bar of soap along with us to rub on the bottom of the lid to the box to keep wasps from building their nests inside the box.  Take a few tools along as well to do minor repairs to the boxes.

We have an assortment of boxes but all of them have a 1.5-inch diameter entrance hole.  This is to make certain the European Starling doesn’t get in.  They are also non-native and aggressive.  Here is a link to the North American Bluebird Society website.  They have several really good designs for nesting boxes. Garth Clifford has some really good tips for attracting bluebirds at worldbirds.org.

Wear gloves when cleaning out the box and take a tool to scrape old nests out.  Watch out for deer mice.  They like to make nests in the boxes too. 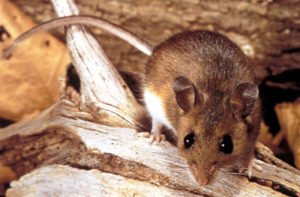 Deer Mice often make their nests in Bluebird boxes.  Click on this image for a 30-second video of mice in the box.

*English Sparrows take over nesting sites for many native birds and will kill adult Bluebirds and Tree Swallows sitting on their eggs. 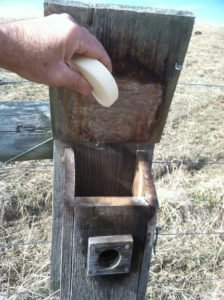 Rub soap on the inside part of the lid of the box to prevent wasps from attaching their nest. 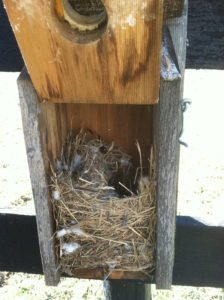 This is a typical English Sparrow nest. Notice the dome shape on top and the diversity of material.