Swoope, Va: Several years ago we took two ladies in that needed a place to stay. They were from Wyoming. One had just quit her job; I think she was running away from something. We agreed to put them up for a couple of weeks until they could find a place of their own. It was late June and we were sitting on the grand porch here at Meadowview about dusk. They had never seen fireflies before. 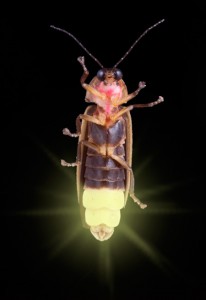 “What’s that”? She exclaimed, observing the flickering yellow tail light of the beetle.

By ten o’clock there were thousands of tiny, yellow flickering lights all over the yard, in the trees, over the horizon…everywhere. Couple this bio-fireworks event with some heat lightning and rumbling thunder in the distance and you have a show worthy of the gods.

Fireflies or “lightning bugs” are true beetles. They are beneficial insects.  Not only do they put on a great show in the evenings, they prey upon many harmful insects in the garden during their larval stage of life in the soil and as adults.  During their larval stage they eat slugs and other soil insect larvae.  During their adult stage they also eat soft bodied insects such as aphids and colorado potato beetle larvae.

There is another beetle that looks very similar to the firefly but it doesn’t have bio-luminescence. These are soldier beetles and they help in the garden as well, preying on the soft-bodied insects. 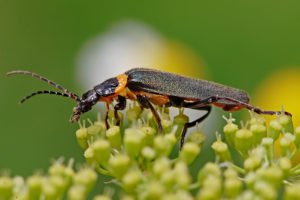 We have perennial gardens in and around our vegetable garden to attract beneficial insects such as the fireflies, soldier beetles, lady bugs, lacewings syrphid flies and praying mantis – gosh there are a lot of them. Gardeners call these insectaries “farmscapes”.  The insects need a place to hang out. They like places with lots of different plants in different stages of development. A farmscape is simply a variety of different flowering plants like yarrow, queen Ann’s lace, goldenrod, coneflower and black-eyed Susan. The more plants you have, especially native ones,  the more beneficial insects you will have. 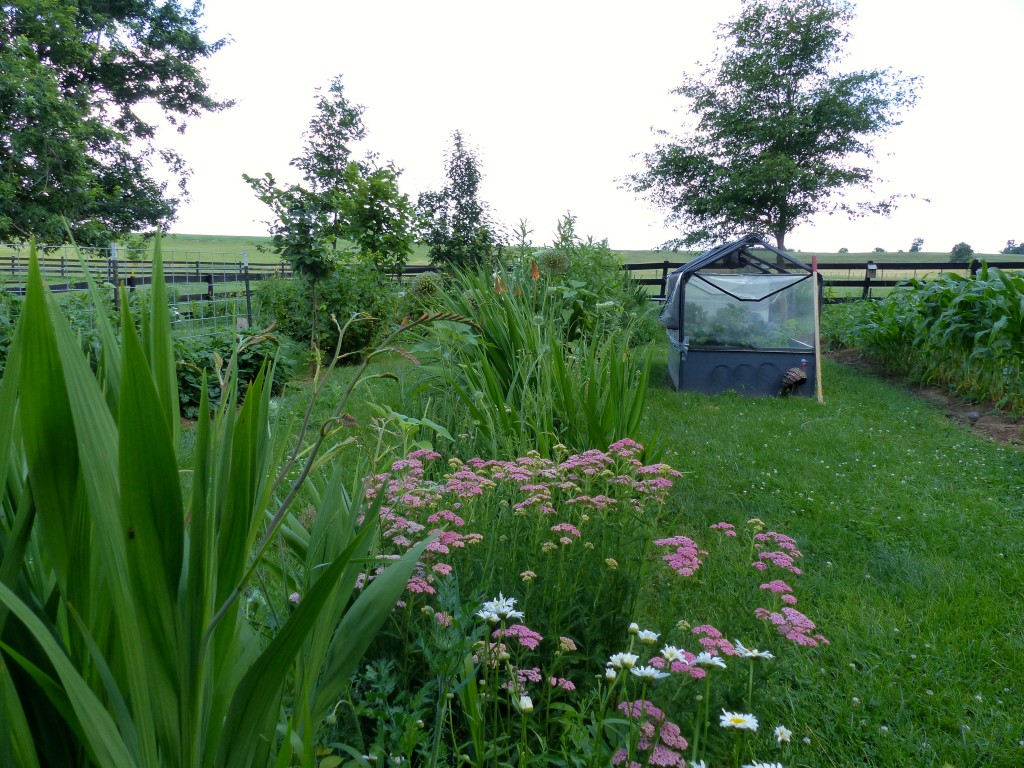 This is one of our “farmscapes”. The diversity of flowers attracts many beneficial insects and is a wonderful source for cut flowers.

Fireflies and soldier beetles are the Tyrannosaurus Rexes of the insect world. There aren’t any aphids on our tomatoes or potato beetles on the potatoes because of these and other beneficial insects.

Fireflies never cease to amaze me. Jeanne and I were driving home late one night and we came upon the wildlife area of a neighbor’s farm.  It was a “stop the car” moment.  There were tens of thousands of fireflies in action over the “weeds” on the wildlife side of the road.  On the other side of the road where the pasture was grazed fairly close there were hardly any fireflies at all.  Some folks hate the neighbor’s wildlife area because it has so many “weeds” or as they say, “it’s full of trash and filth”.   But that’s where all the fireflies were. 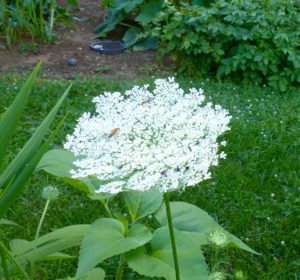 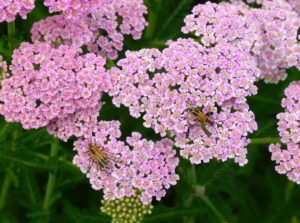