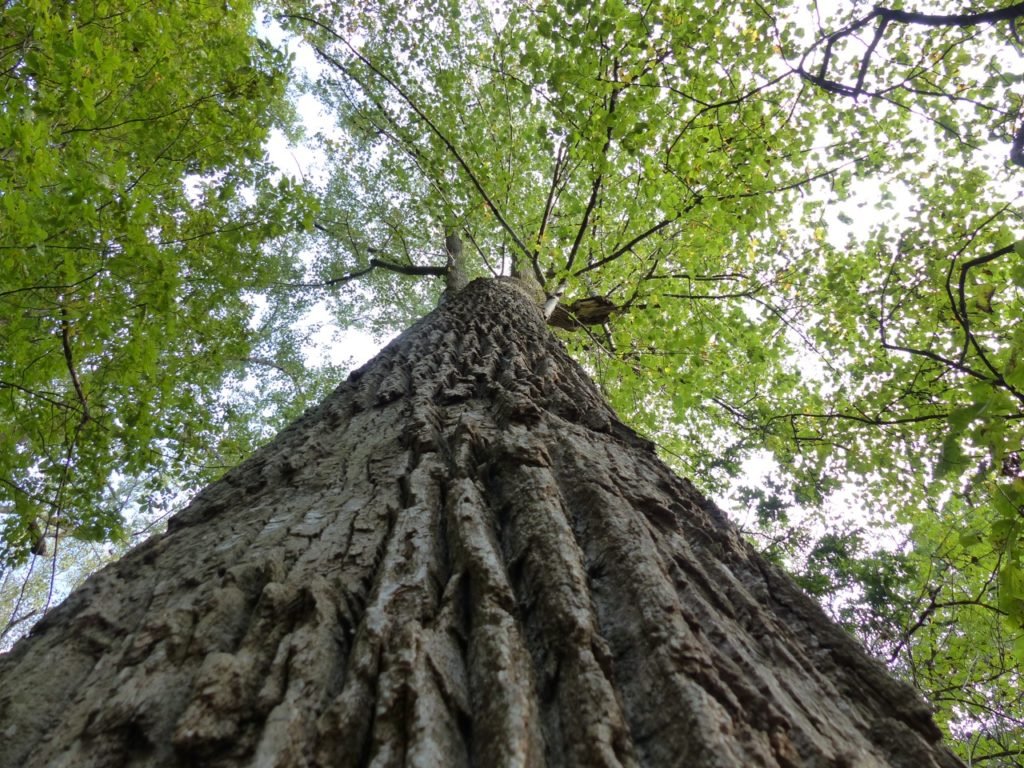 Old growth tulip poplar in the Landmark Forest of Montpelier

I could hardly see daylight through the massive trunks of trees. Tulip poplars, white oaks, and hickories nourished from deep, rich soil towered over me as I walked in the Landmark Forest at Montpelier. This is old growth forest. As I walk and smell the damp, humus filled woodland I breathe in the history, culture, and ecology of this place.

Montpelier, home of James Madison, fourth president of the United States, author of our Constitution and architect of the Bill of Rights, was the setting for a “Design Congress”, organized by Nelson Byrd Woltz Landscape Architects and hosted by the staff of Montpelier in the Robert H. Smith Center for the Constitution. 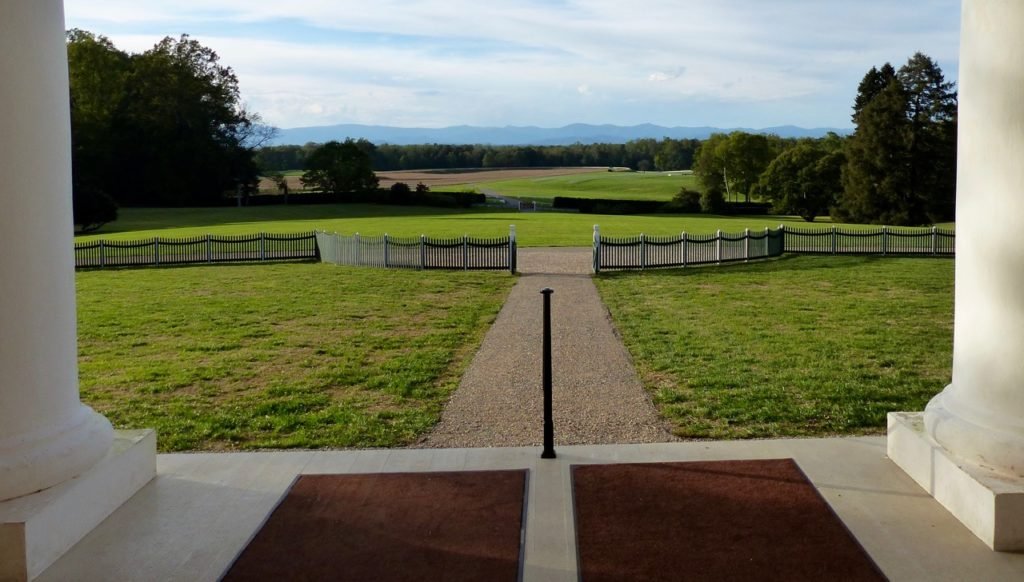 What a fitting place for such an event. Our mission was to create a new vision for the 2,650-acre landscape.  But much more was achieved; the seeds of a renewed environmental movement were planted from the words of Madison himself.  The words from his 1818 speech to his farming neighbors became the foundation of our vision for a renewed Montpelier landscape.  Here’s a teaser:

“There is a known tendency in all organized beings to multiply beyond the degree necessary to keep up their actual numbers”.

His words are as relevant today as they were then and perhaps as important as the U.S. Constitution.

Madison’s Speech to His Fellow Farmers

It was the speech Madison gave to his fellow farmers in the Agricultural Society of Albermarle when he became the organization’s president on May 12, 1818. The speech contained a list of seven “instructions”.

As I read them for the first time, I thought, if we had only put these words to work we would not have impaired waters, toxic algae blooms and giant dead zones in our estuaries and the Gulf of Mexico.

I had not heard of the speech until I read Andrea Wulf’s book Founding Gardners. 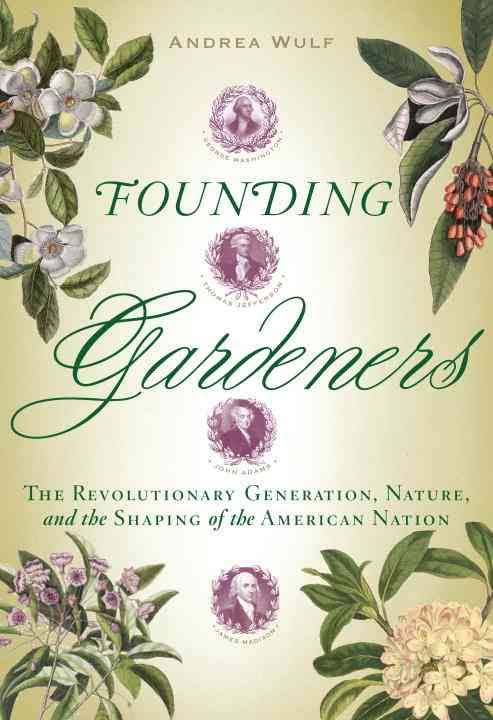 Madison was keenly aware that the “slash and burn”, American model of farming exhausted the productivity of not only Virginia’s but the new nation’s soils.  We cut most of our timber, annihilated species and migrated West to find more productive soil.  How could we better manage our soil at home and produce what was necessary to feed a hungry nation?

The entire document can be found here. Below I only give the first sentence of each Madison “instruction” and a brief comment.

The error first to be noticed is that of cultivating land, either naturally poor or improvised by cultivation.

The production of annual crops has inherent risks, especially for soil erosion.  The more we cultivate the land, the more risk of erosion.  Reducing tillage, using cover crops and planting on the contour reduces this risk.

The evil of pressing too hard on the land, has also been much increased by the bad mode of ploughing it.

Soil productivity is like a bank account.  If we continue to take from the account without putting back in, eventually we will have nothing left.  Continuously plowing and cultivating the soil exhausts its productivity.

The neglect of manures is another error which claims particular notice.

Plant residues and animal manures are valuable ingredients for healthy soil.  They contain many nutrients including carbon.  The soil plays a major role in the carbon cycle.  In fact, the soil can hold more carbon than all plants and can be a major carbon sink to help stem climate change.

Among the means of aiding the productiveness of the soil, which have not received merited attention, is irrigation.

James Madison’s desk at Montpelier where he wrote the foundations of the US Constitution and most likely the speech to the Agricultural Society of Albemarle.

I cannot but consider it as an error in our husbandry, that oxen are too little used in place of horses.

A more manifest error in the husbandry of the older settlements is that of keeping too many neat cattle on the farms. As a farm should not be cultivated farther than it can be continued in good heart; the stock of cattle should not be in greater number than the resources of food will keep in good plight.

This is one of our greatest challenges; to not exceed the carrying capacity of the land.  A classic example today is the “Big Chicken – no land” movement sweeping the Eastern Shore.  And yet another is when we have more livestock on the land than the land can support which leads to confined animal feeding operations which lead to an imbalance of nutrients.

Of all the errors in our rural economy, none is perhaps, so much to be regretted, because none so difficult to be repaired, as the injudicious and excessive destruction of timber and fire wood.

This is especially true along streams.  Riparian forest buffers are one of the most cost-effective Best Management Practices.  To restore the health of our streams millions of native trees need to be planted along their banks.

Relevance for us Today

The people that work the land need Madison’s instructions. There are toxic algae blooms in Lake Erie caused by fertilizer runoff from cropland and the second largest dead zone in the world, mainly the result of agricultural runoff into the Mississippi River is in the Gulf of Mexico.  The American Farm Bureau and other deep-pocketed lobbyists with industries tied to pollution sued the Environmental Protection Agency (American Farm Bureau Federation v. EPA) because the states in the Chesapeake Bay watershed have a plan to clean up the streams that feed the Bay.  And to top that, the U.S. Farm Bill allows farmers to receive USDA benefits even if the land they work is eroding at twice the rate agronomists know is sustainable.

It’s time to put Madison’s words to work to restore our streams, rivers, estuaries and our land.

The agricultural team of the Design Congress offered this vision statement crafted by Julie Janiski:

To honor the legacy of James Madison as an environmentalist by demonstrating an ethics of democratic and transformative landscape through agriculture, ecology, and culture.

The Future of the Montpelier Landscape and a Constitutional Amendment

Many things will change in the landscape at Montpelier in the coming years.  Beyond the mansion, visitor center, Landmark Forest, and many trails, visitors will be able to see, touch, smell, taste, and feel the agriculture that Madison practiced and envisioned.  Visitors will be able to feel the culture of slavery, hard work, and science.  And maybe, just maybe there will be a constitutional convention held here, in this special place, to create a constitutional amendment for humanity and the environment. 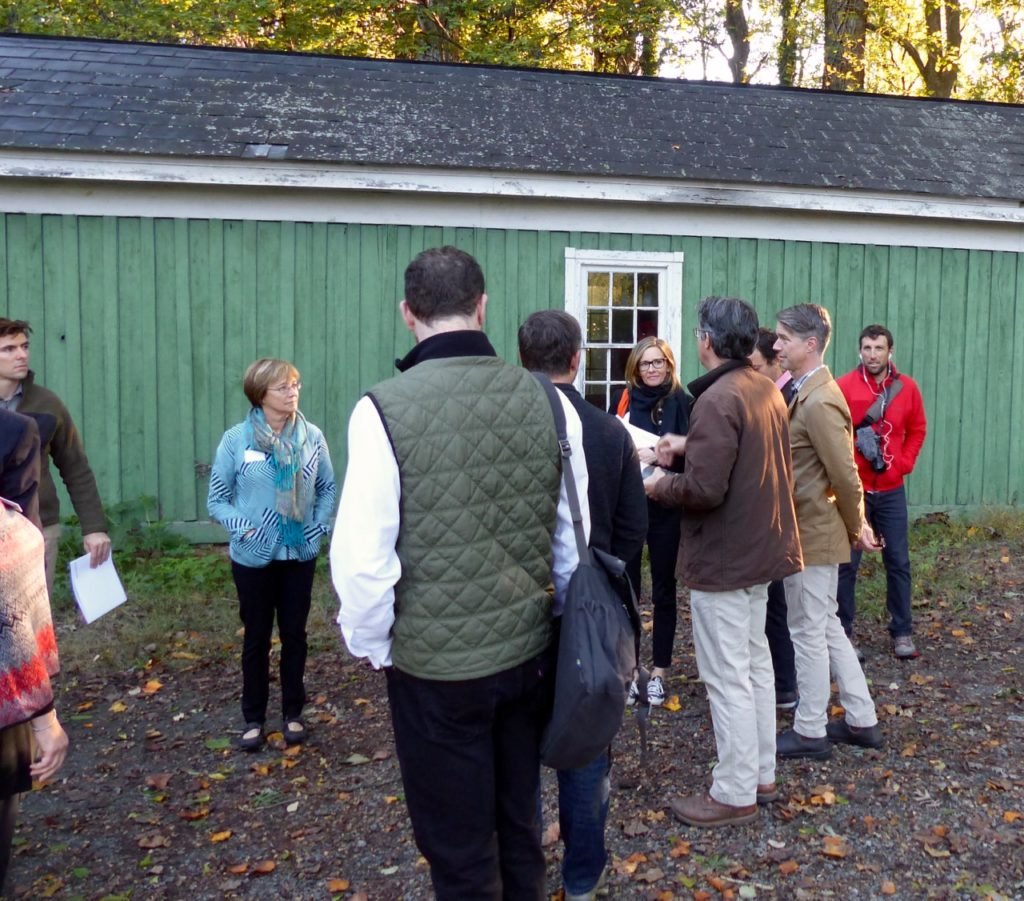 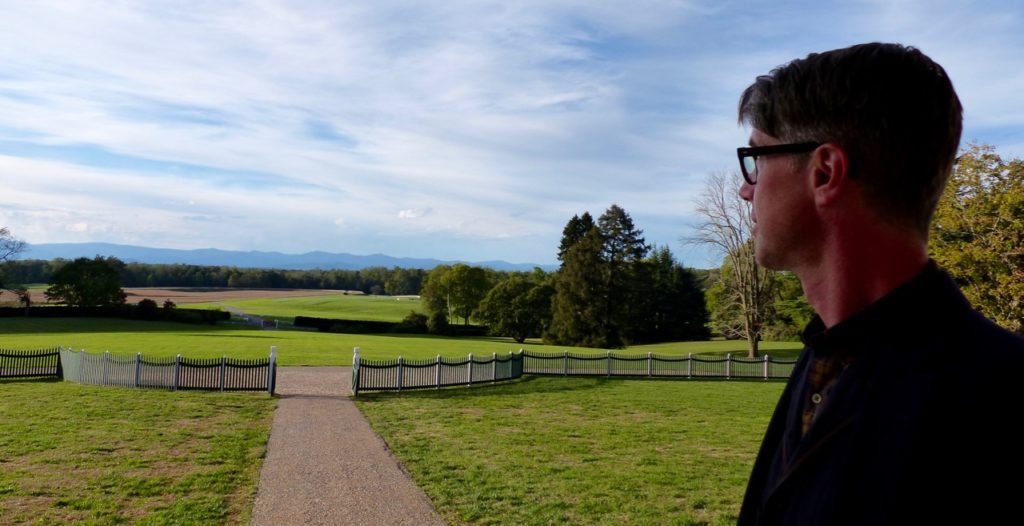 Thomas Woltz, Principal/Owner of Nelson Byrd Woltz Landscape Architects, looks out from the front porch of Montpelier to the Blue Ridge Mountains. 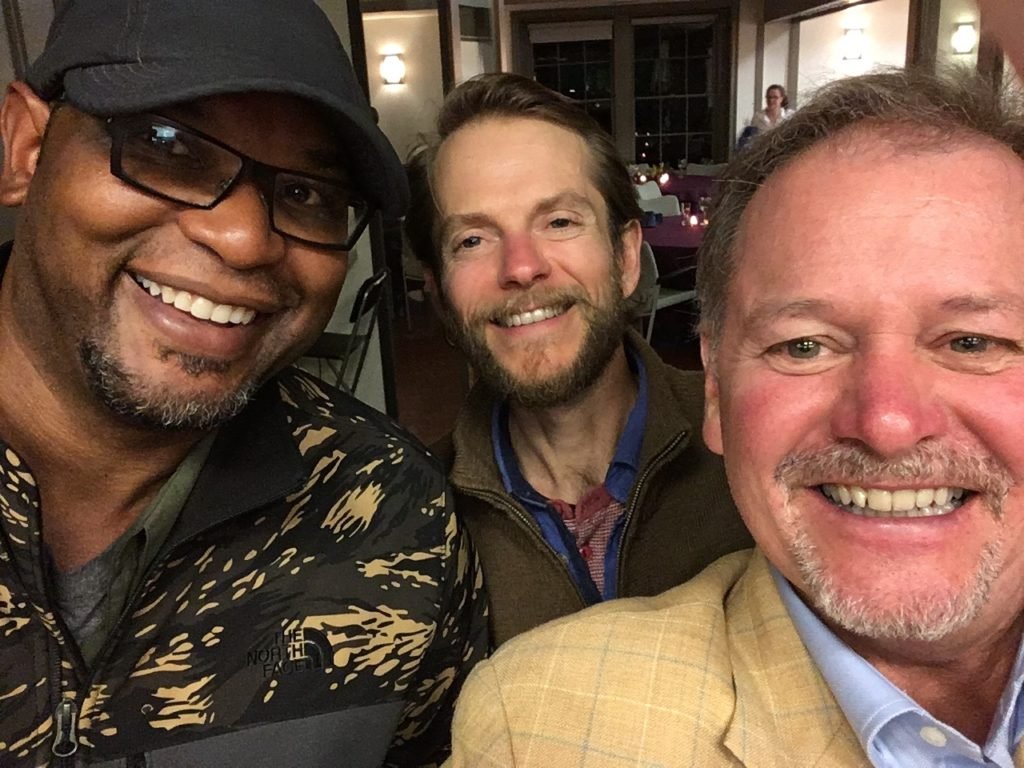 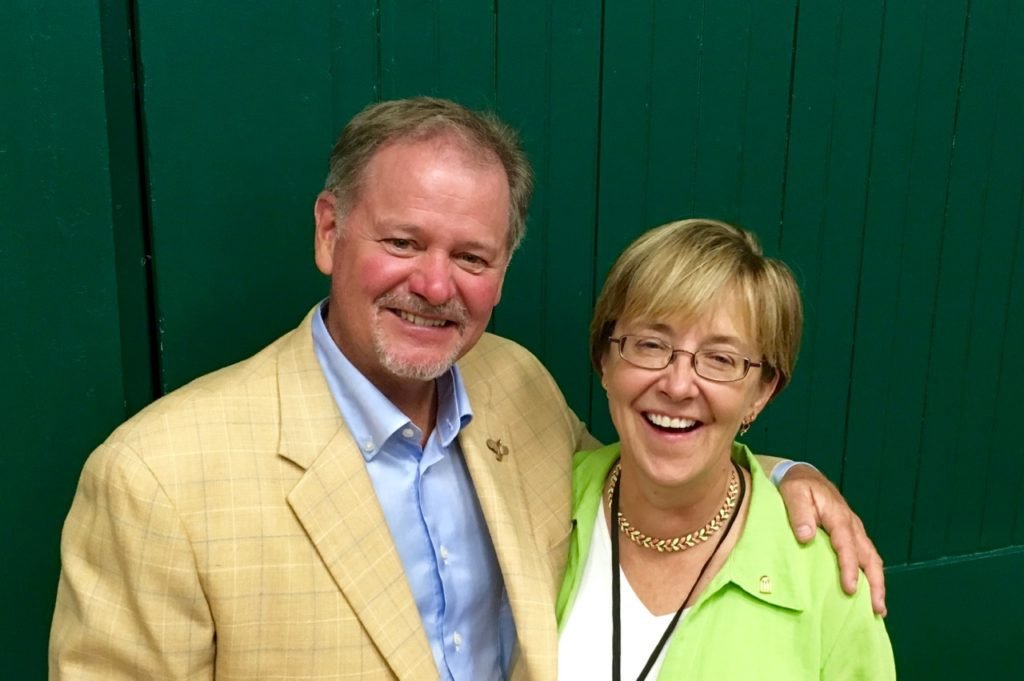 Author, with Kat Imhoff, President, and CEO of the Montpelier Foundation.

Participants in the Montpelier Design Congress: 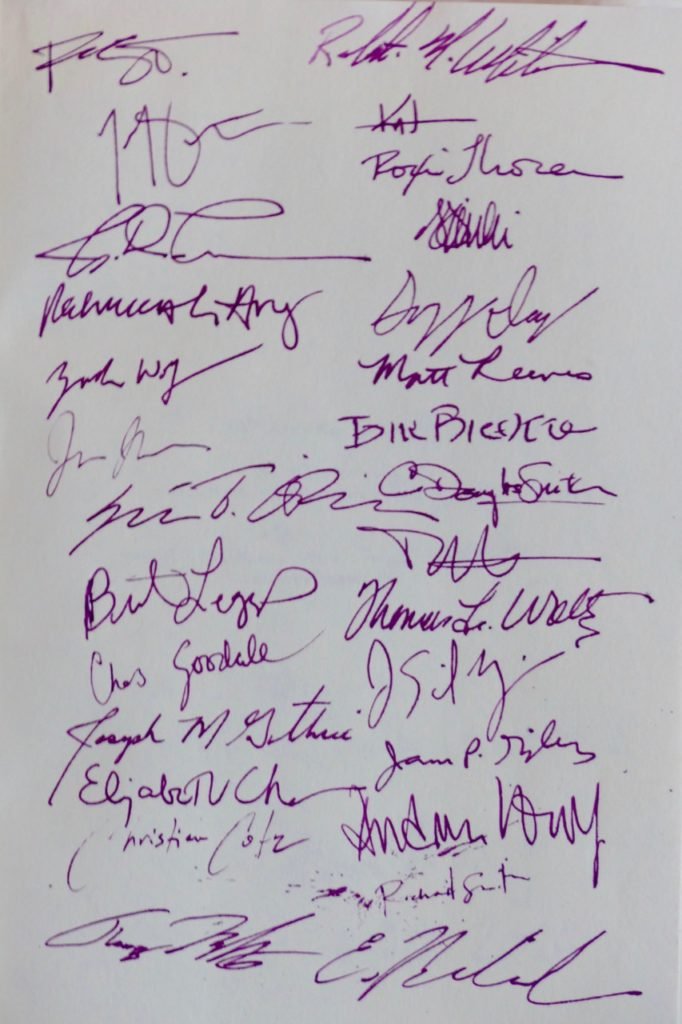