The Lorax, Bald Eagles, and Pictures of Hope—Reflections on 2018

The Lorax, Bald Eagles, and Pictures of Hope—Reflections on 2018

There is so much to be thankful for this year. The U.S. Fourth Circuit Court of Appeals ruled again in our favor against the Atlantic Coast Pipeline, citing The Lorax, written in 1971 by Dr. Suess. This ruling and The Lorax made national news. Rare birds stopped by Swoope on their journey north and Bald Eagles built a nest on the farm. There are three surprises at the end—pictures of hope. Read on.

The Lorax Tops the News

This year, I am in awe and so thankful for the lawyers, activists, and organizations that protect our water resources and for federal judges Thacker, Winn, and Gregory of the U.S. Fourth Circut Court of Appeals. They worked hard to seek out the truth, in the statutes, and in deeds for what the fracked-gas pipeline utilities are trying to do—ram their unwanted, unneeded, and dangerous pipelines of greed through land that they don’t own. Sad, that we have to use litigation, the tool of last resort to protect the water we drink, swim in, fish from and enjoy, from the jaws of corporate greed and bought politicians.

The picture of the year for me, is the one of my friend and former student Celeste Horton, hugging Ona, an old growth Sugar Maple in the path of the proposed Atlantic Coast Pipeline. This tree along with hundreds of others, older than this country, will be cut down if Dominion gets their way. Ona resides on the land owned by Bill and Lynn Limpert in Bath County, Virginia. 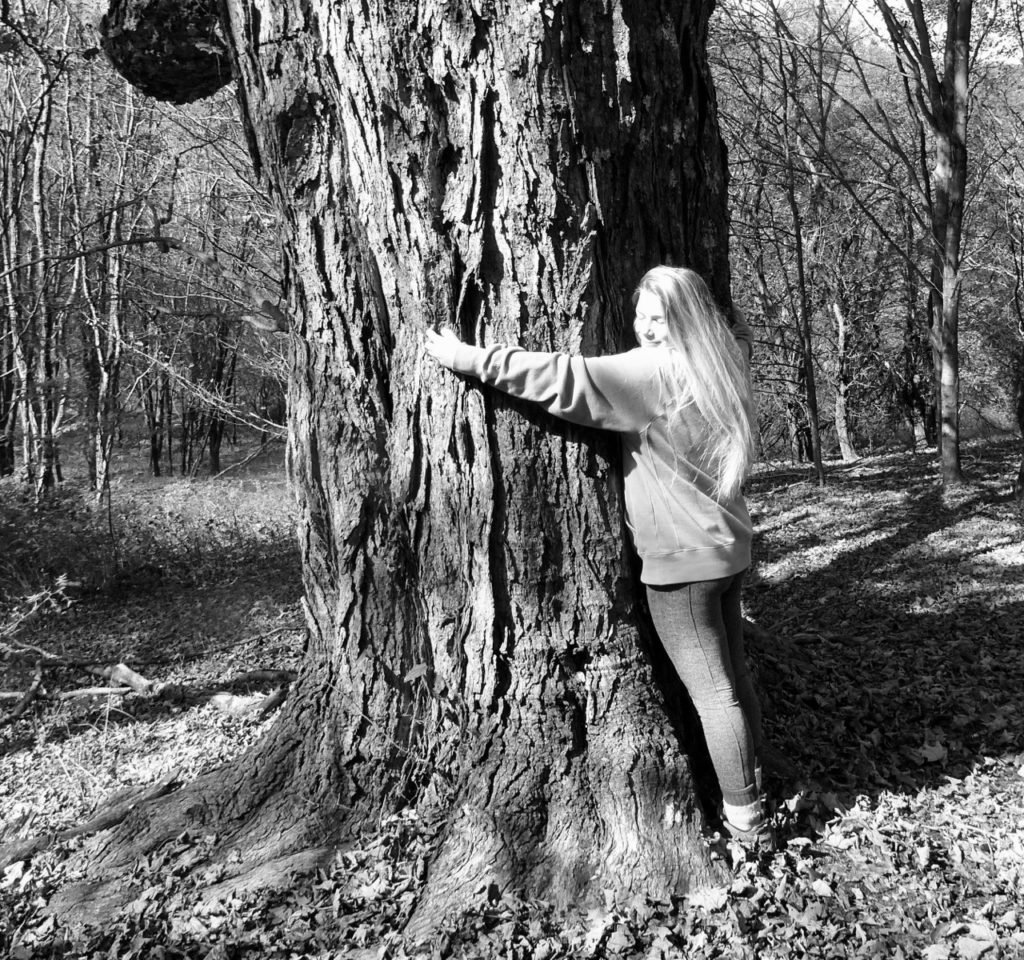 In one of several vacated permits, Judge Thacker scolded the U.S. Forest Service: 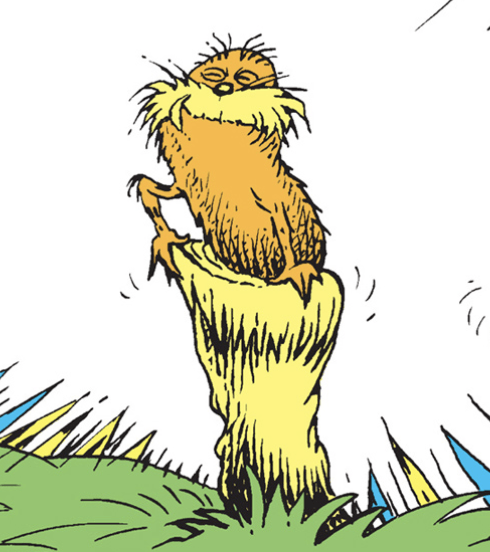 The quote is from Dr. Suess’ The Lorax written in 1971. Judge Thacker’s opinion and this quote made national news in our fight against Dominion and the Atlantic Coast Pipeline.

I confess I had not read this classic environmental children’s fable until this decision. In ’71 I was a sophomore in high school worried about other things like the Vietnam War and the draft.

The Lorax is a must read for everyone. Dr. Suess so eloquently details the plight of corporate greed and the poor souls in their way. The Lorax’s last words:

UNLESS someone like you cares a whole awful lot, nothing is going to get better. It’s not.

We’ve been fighting the fracked-gas pipelines in Virginia for four years now. The  Atlantic Coast Pipeline is stopped in all three states at the moment because of our great lawyers, the courts, and activists.

We stopped Dominion in Augusts County, Virginia, in two places where they wanted to create contractor yards in inappropriate places. First in Churchville then West Augusta. One courageous Board of Zoning Appeals member said,

“It’s hard for me to support something nobody is in favor of.”

The list of activists, lawyers and organizations is long but include The Southern Environmental Law Center, Appalachian Voices, The Chesapeake Bay Foundation, Alliance for the Shenandoah Valley, Wild Virginia, Virginia League of Conservation Voters, Allegheny Blue Ridge Alliance and The Sierra Club.

To help us protect our streams, rivers, and the Chesapeake Bay from the mayhem of construction these pipelines will bring, please give generously to any of these fine organizations.

I had never seen an Upland Sandpiper until this year. Jeanne and I were checking the cows during calving season on March 31 and I spotted the rare migrating bird walking around in the pasture poking its beak in the manure piles and remnants of hay. 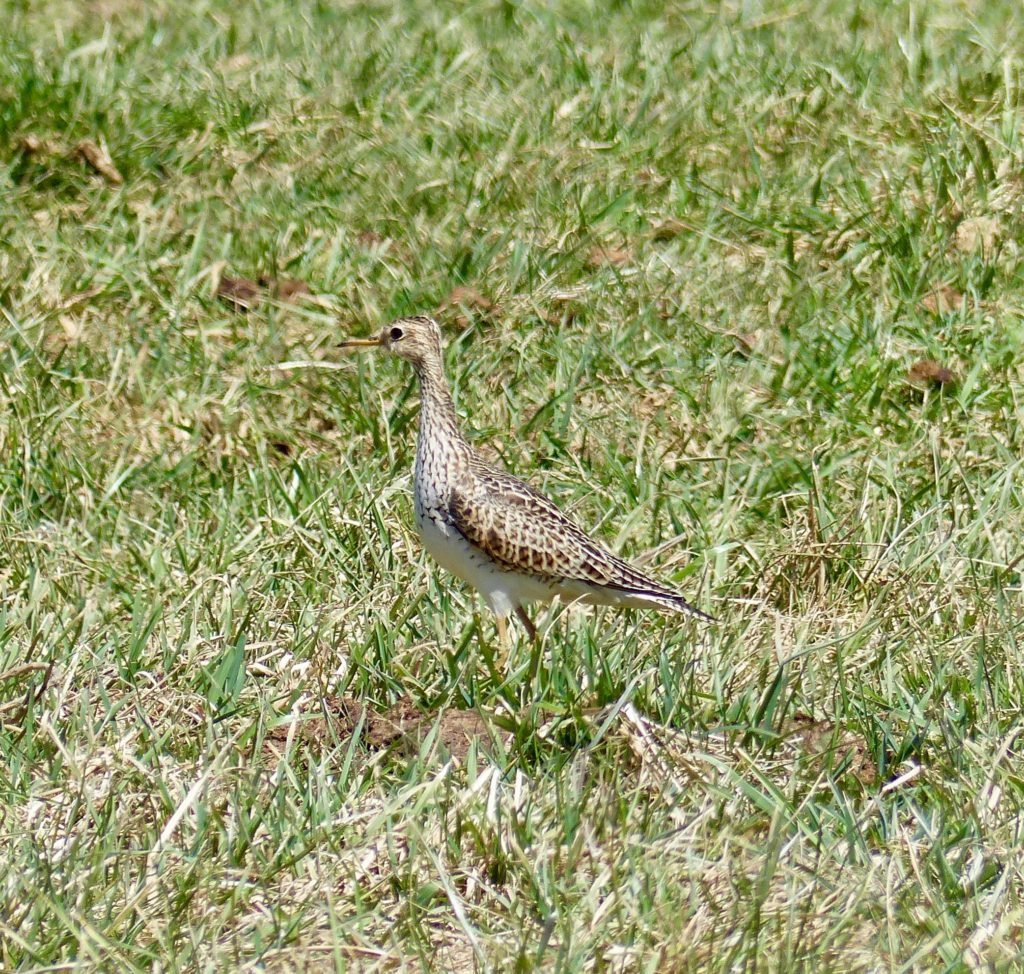 An Upland Sandpiper stopped by the pastures of Swoope on its way northward. Photo by R. Whitescarver

Sandhill Cranes also stopped by for a visit on an island in a nearby pond.

Earlier this year the tree that held the nest of the Bald Eagles of Swoope blew down. It was on a nearby farm and we all wondered if the Eagles would re-build.

When Jeanne and Val, our Border Collie were moving one of the cowherds into the fescue field Jeanne called me on my cell phone and exclaimed,

“The Bald Eagles built their nest in the fescue field!” 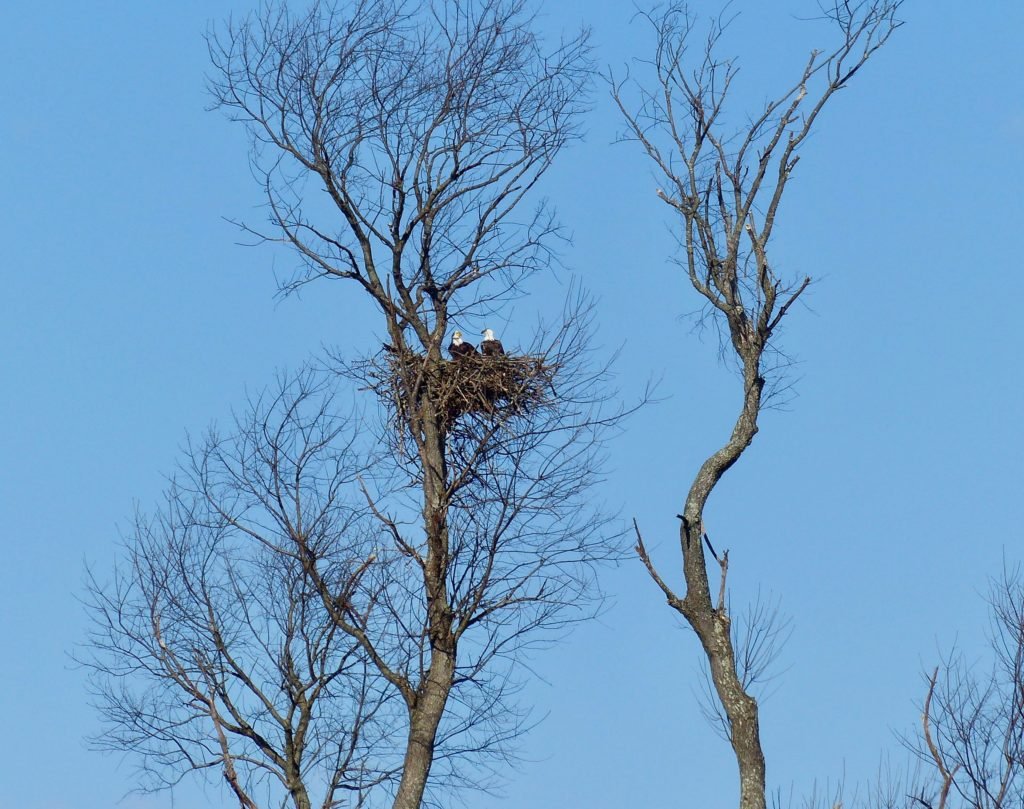 The Bald Eagles of Swoope built their nest on Hoffman Farms this year. Photo by R. Whitescarver

The Bald Eagle, America’s national bird, is also the symbol of the most successful story of the Endangered Species Act (ESA). Rachel Carson ignited the environmental movement in the late ’60s, fostered the banning of DDT and the enactment of the ESA. These two environmental actions brought our national bird from the brink of extinction. Bald Eagles were delisted from the endangered species list in 2007.

To have them nest on our farm gives me great hope and strength to carry on our fight for clean water. Other iconic pictures that were taken this year that fills me with hope: 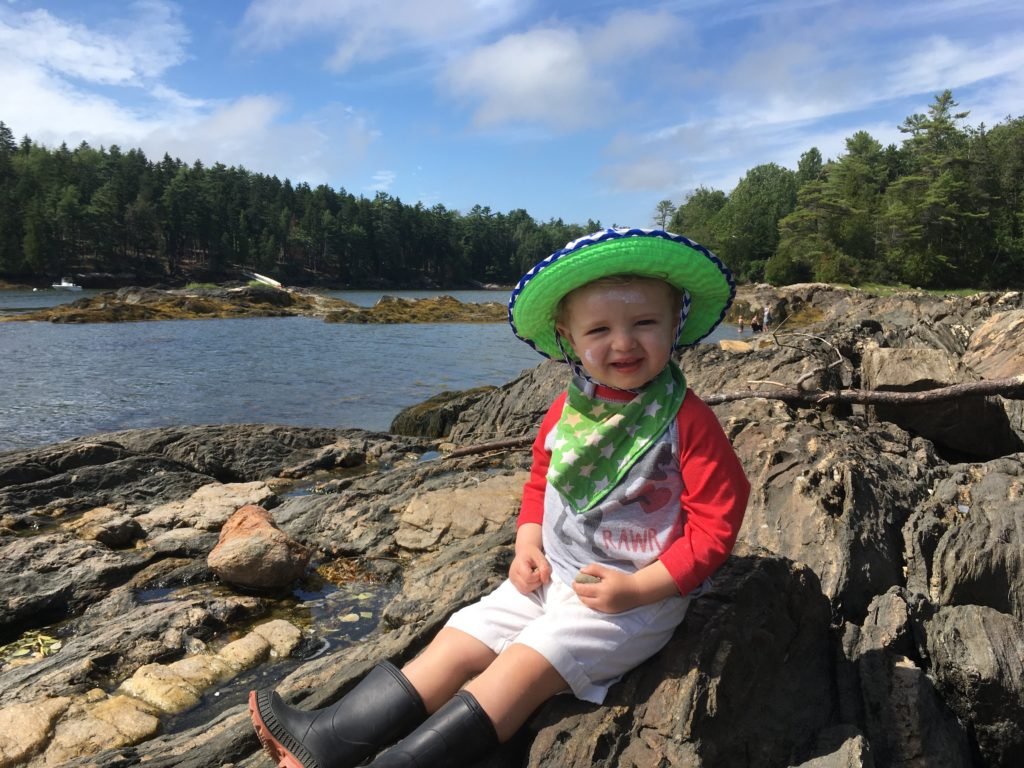 My grandson, Conley Neal Whitescarver. Age 2. On the rocky shores of Casco Bay, Maine. He and his generation are going to inherit the Earth. Photo by R. Whitescarver. 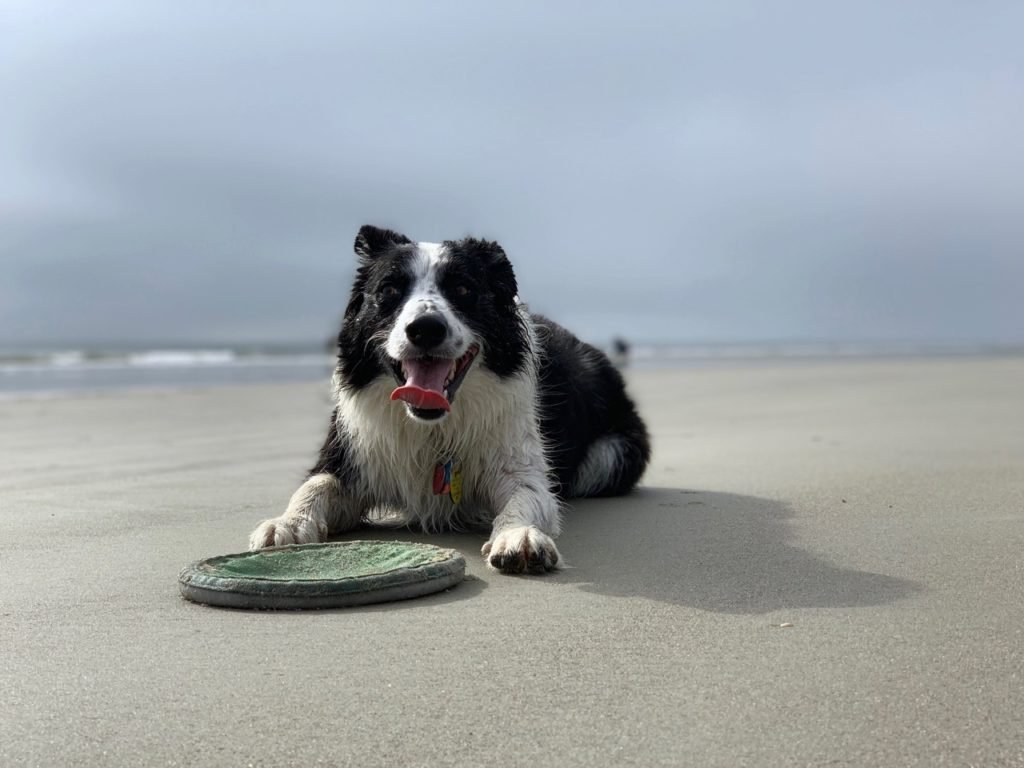 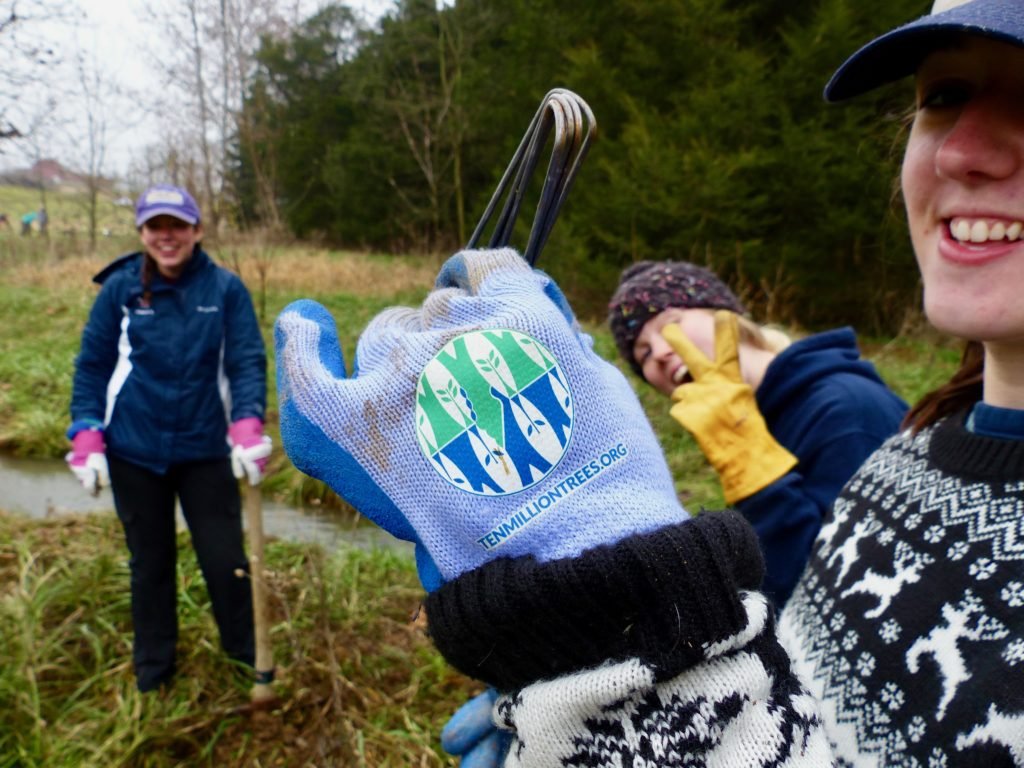 James Madison University students Rachel Vannatta, Celeste Horton, and Laura Yates planting trees along a tributary of Linville Creek in Rockingham County. They get it and will carry on.

Merry Christmas and may the new year bring cleaner streams, healthier soils, and peace on Earth.