SCOTUS to Maui: You Need a Permit—The New Maui Wowie

SCOTUS to Maui: You Need a Permit—The New Maui Wowie

*Editor’s note: The text of this post was published in the Virginia Mercury on 5/1/20.

When do prepositions protect our groundwater? When the Supreme Court of the United States (SCOTUS) says so. In County of Maui, Hawaii v. Hawaii Wildlife Fund et al., Justice Stephen Breyer used the words from and to in declaring that pollution discharged from a point source or its functional equivalent that flows to jurisdictional of the United States must be regulated by permit, even if that discharge is into groundwater first. 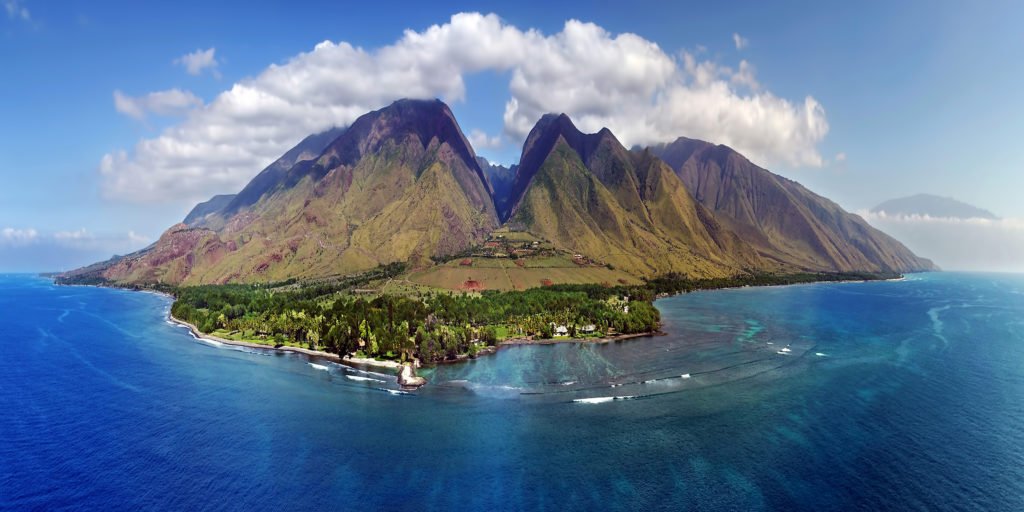 The ruling occurred on Wednesday, April 23, 2020, the day after Earth Day in a 6-3 decision with Justices Roberts, Ginsburg, Sotomayor, Kagan, and Kavanaugh joining. Justices Thomas, Alito, and Gorsuch dissented. 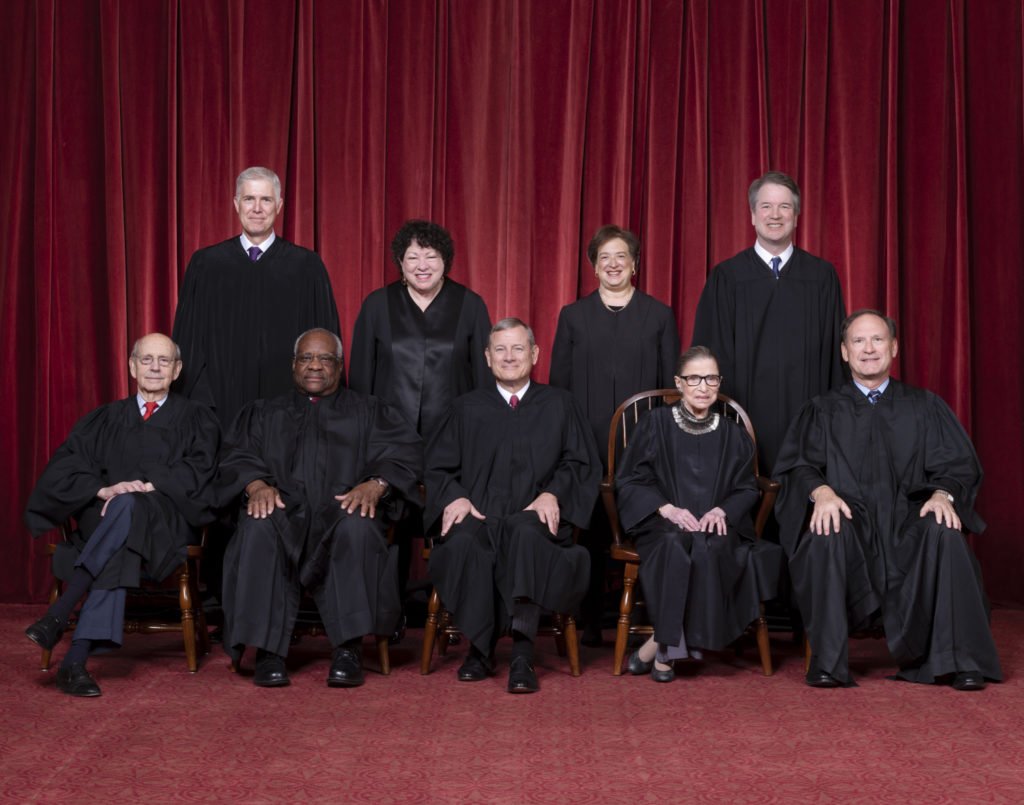 Justice Breyer also used the word loophole 10 times, occasionally including the adjectives massive, serious, and obvious with it, to describe the weakening of the Clean Water Act that would occur if Trump’s solicitor general’s arguments had won the day.

The Maui County wastewater facility collects sewage from the surrounding area, partially treats it, and then discharges it—four million gallons a day—into wells that empty into the groundwater. From there the polluted discharge travels a half-mile to the Pacific Ocean—coastal waters under the jurisdiction of the United States.

The County of Maui and the solicitor general of the United States argued that the facility did not need a permit to discharge pollution into groundwater.

SCOTUS Ruled it Probably Does

SCOTUS remanded the case back to the U.S. Ninth Circuit Court of Appeals because they used the wrong test to determine whether a permit was needed.  The lower court must consider seven factors that affect whether the discharge is a functional equivalent of a pipe discharging directly into jurisdictional waters of the United States. The most important of those are: the distance the discharge flows to open water and the time it takes to get there. Given that the Maui discharge was dye traced directly to the ocean from the groundwater, that should be a no brainer.

Trump’s solicitor general argued that “all releases of pollutants to groundwater” are excluded from the scope of the permitting program, “even where pollutants are conveyed to jurisdictional surface waters via groundwater.” 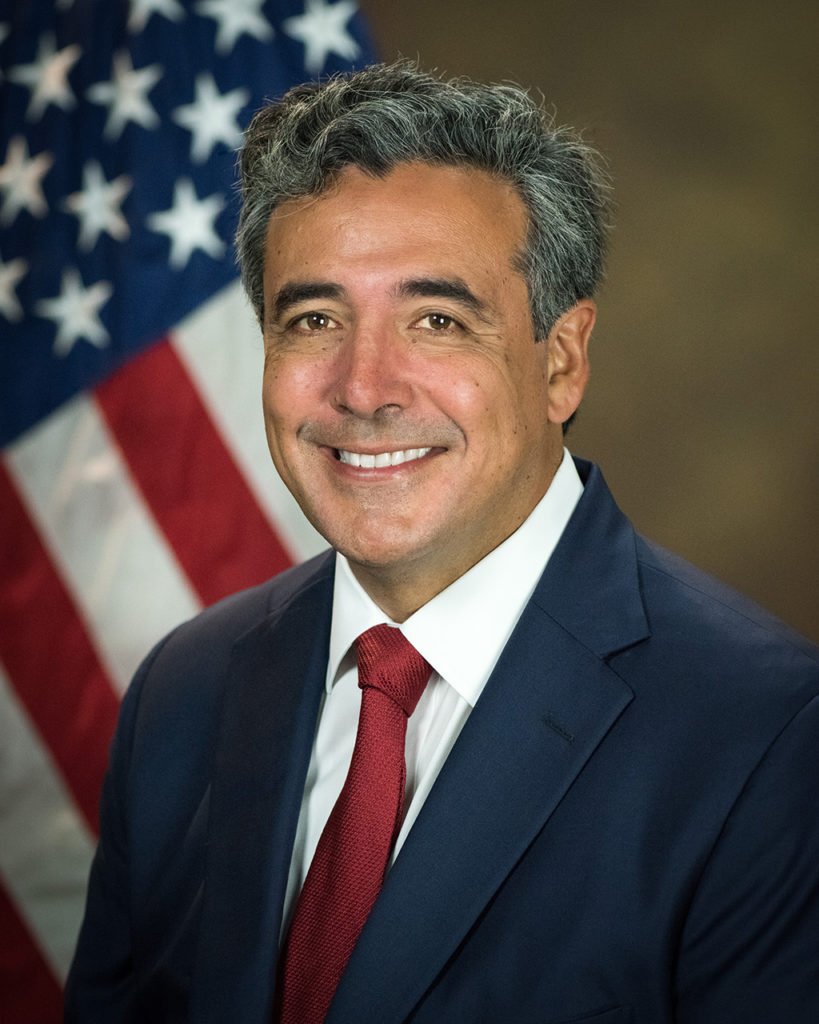 Justice Breyer countered in his opinion, “That reading, which would open a loophole … is neither persuasive nor reasonable.”

This ruling is huge—A Maui Wowie. It’s a Roe v. Wade moment for the environment. It means polluters can’t use groundwater or other nonpoint methods to get rid of their pollution without a permit.

The case was argued by Earthjustice on behalf of Hawaii Wildlife Fund. They call it the Clean Water Case of the Century.

The Chesapeake Legal Alliance wrote a blog post about it with further details.

And the ruling has widespread implications. For example, in Sierra Club v. Virginia Electric and Power (Dominion Energy), the U.S. Fourth Circuit Court of Appeals reached a different conclusion in a case about Dominion’s unlined coal ash pond in Virginia that leached arsenic from the unlined pond through the groundwater to the Elizabeth River and Deep Creek. 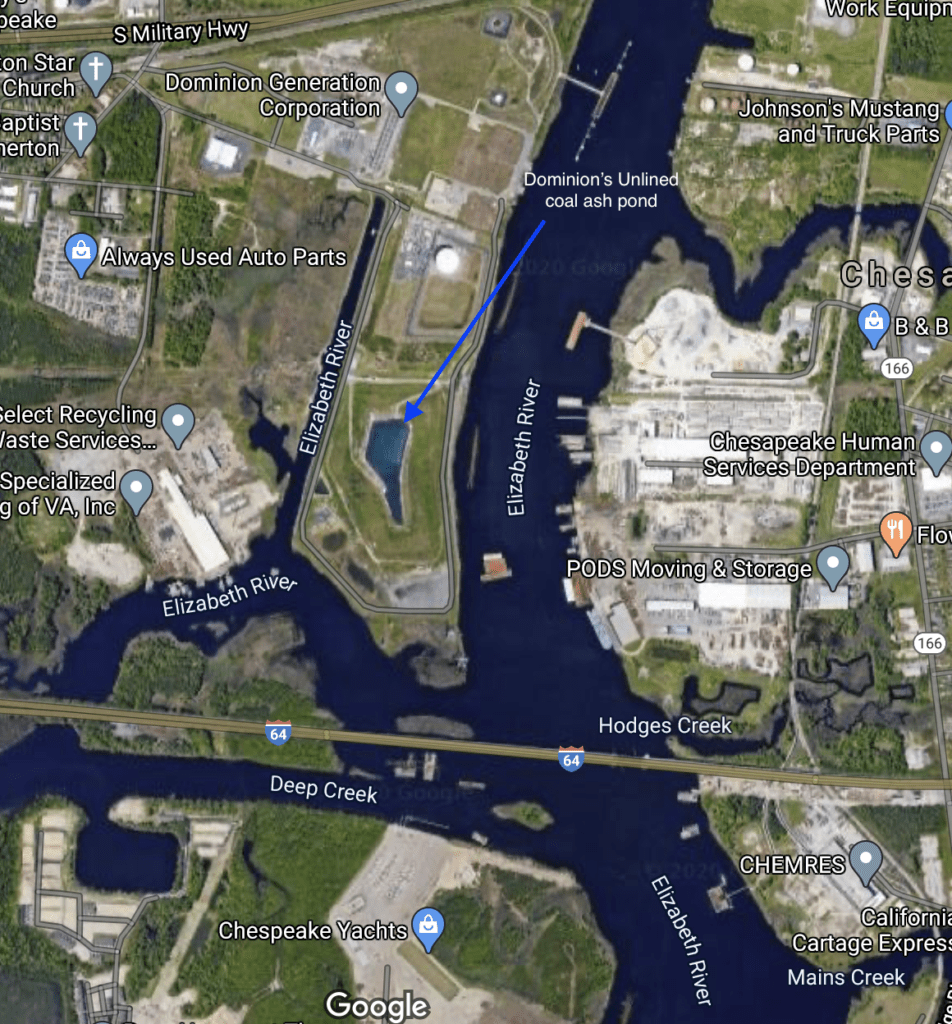 Arial view of Chesapeake, VA where Dominion Energy has an unlined coal ash pond. Arsenic leaches from the pond through groundwater and enters the Elizabeth River. Photo credit Google Maps. 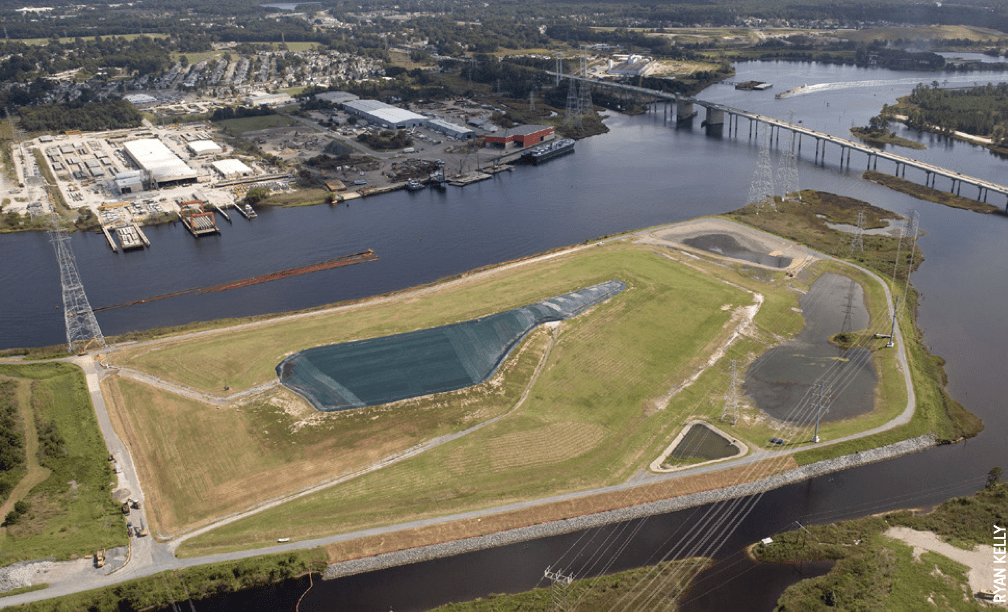 SCOTUS now says it probably is.

The first sentence of the Clean Water Act:

The objective of this Act is to restore and main­tain the chemical, physical, and biological integrity of the Nation’s waters.

The Maui ruling provides new guidance for the courts and is a welcome and positive step forward in the protection of surface waters and groundwater as well.