Out of Africa, Part 1 – Cultures and Poaching

Out of Africa, Part 1 – Cultures and Poaching

Jeanne and I just returned from a trip to Southern Africa.  We traveled to South Africa, Zimbabwe, and Zambia.  After trips like this, I try to reflect on what I learned.  Two things immediately come forward: the cultural explosions of the indigenous tribes as the cloak of Apartheid dissolves and the impact poaching has on the very being of Africa – wildlife. 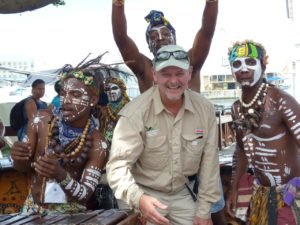 Author hamming it up with the natives in Cape Town, South Africa. Click on this image to see a short video of some fun in Cape Town.

South Africa – The World in One Country

There is a saying for South Africa – “The world in one country”. Everywhere we traveled native African tribes were proudly expressing their diversity of culture through music, dancing, costumes, and food.  It’s an explosion of color and sound.  Indeed, it is the most culturally diverse country on the planet.

South Africa has the world’s largest concentrations of lions, elephants, rhinos, zebras, and antelopes.  Africa’s wealth is in its wildlife and bad people are stealing it.  It’s called poaching – the illegal hunting, killing or capturing of wild animals. It is literally a war and the Rhino has emerged as the world’s symbol for the anti-poaching movement.

Poaching for Rhino now exceeds their birth rate.  Extinction is imminent unless we stop the poaching.

South Africa is ground zero of the Rhino War.  Last year 1,004 Rhinos were butchered for their horns in South Africa. 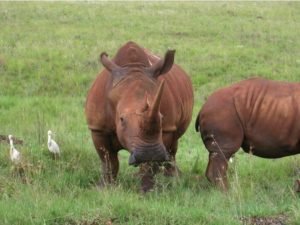 White Rhino. Notice the broad flat mouth which is adapted for grazing. Photo by R. Whitescarver. 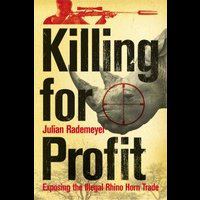 Great Read. This book exposes the illegal Rhino horn trade.  Click on this image for the website.

Poaching for Rhino is driven by the black market in Asia.  They believe it will cure cancer and is an aphrodisiac.  There is no scientific evidence for either use.  Rhino horn is the same material as a fingernail!  These erroneous, ignorant beliefs fuel the black market.  One kilogram of Rhino horn, is now worth as much as cocaine and almost twice that of gold.

We have a friend, Jannie who is a Team Leader for an anti-poaching Ranger unit in Kruger National Park.

“We can find poachers but it is much bigger than that.  Poachers are backed by big money and on average they are butchering three Rhinos per day in South Africa.  They have AK47s, night vision equipment, and helicopters, we don’t.  Yes, we need money to stop it but we also need ambassadors all over the world.  It is hard for people to love what is not in their backyard.  People cannot love what they do not understand.  One cannot love the Rhino until they have walked barefoot in Africa.  What we need, Bobby is awareness”. 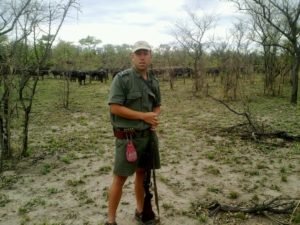 Our friend Jannie in “the Bush” protecting South Africa’s natural assets.  They need our help.  Click on the image to see the fundraising video on Indiegogo.

These Rangers, defending their county’s natural assets are woefully underfunded and ill-equipped risking their lives every day.  We are raising funds to help supply Jannie’s unit.  Check out this Indiegogo website to donate now.   The funds we raise go directly to Jannie and his team of rangers.  Please help us by donating funds and/or sharing and liking these websites so that others can contribute. 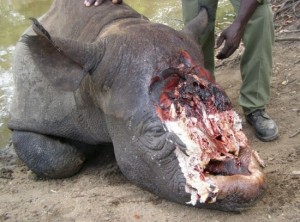 Black Rhino killed for its horns. Photo by Mark Brightman.

Here are some other links to more information and organizations that fund the anti-poaching movement.  Please consider a contribution to help save the Rhino. 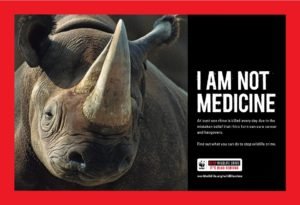